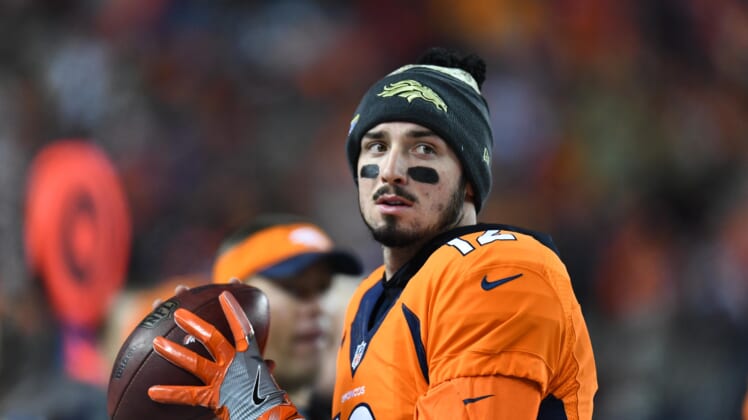 While Paxton Lynch survived the first wave of cuts on Saturday, the former first-round pick will not survive another day on the Denver Broncos roster.

According to Adam Schefter of ESPN, Denver is releasing Lynch after it claimed quarterback Kevin Hogan on waivers.

After being drafted No. 26 overall in 2016, Lynch failed to show any signs of improvement or live up to the hype in his third year with Denver.

The 24-year-old finishes his career in Denver with a 76.7 quarterback rating, four touchdown passes, four interceptions and four fumbles in five games.

He is being replaced on the roster by Hogan, who hasn’t thrived in the NFL either. In eight career games, Hogan has recorded a 61.5 quarterback rating with four touchdowns and seven interceptions.

John Elway and the Broncos finally admitted their mistake on Sunday, but it took far too long for the decision to come.