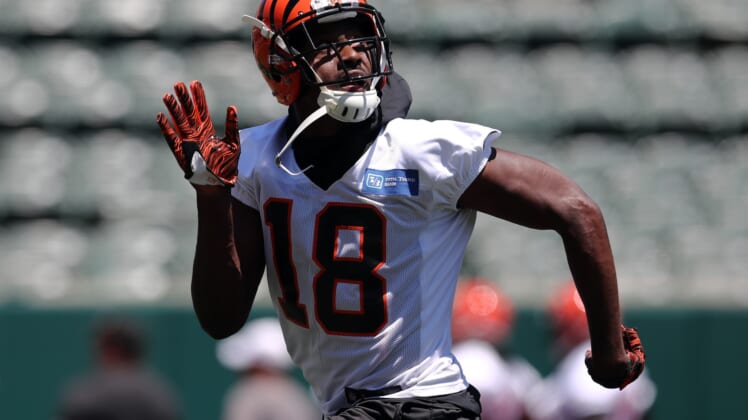 The Cincinnati Bengals are placing the franchise tag on star wide receiver A.J. Green, per NFL Network’s Tom Pelissero, securing the return of their top playmaker for the 2020 season.

The move was expected by the Bengals and with the latest mock draft projecting them to take Burrow, it creates a much better offense for the 2020 season. Furthermore, Cincinnati’s front office reportedly has no intention of discussing a sign-and-trade involving Green with other teams.

Green missed the entire 2019 season after undergoing ankle surgery during the summer. While injuries limited him to nine games in the past two seasons, he’s a seven-time Pro Bowl receiver and hit the 1,000-yard mark in six of his first seven seasons.

The 31-year-old is seeking a multi-year deal and reportedly threatened to skip training camp if he was tagged, per The Athletic’s Paul Dehner Jr. Under the franchise tag, Green will be owed approximately $18 million next season.

If Green, Tyler Boyd and John Ross can stay healthy next season, with the Bengals expected to draft Joe Burrow with the top pick, Cincinnati’s offense could take a step forward in 2020.