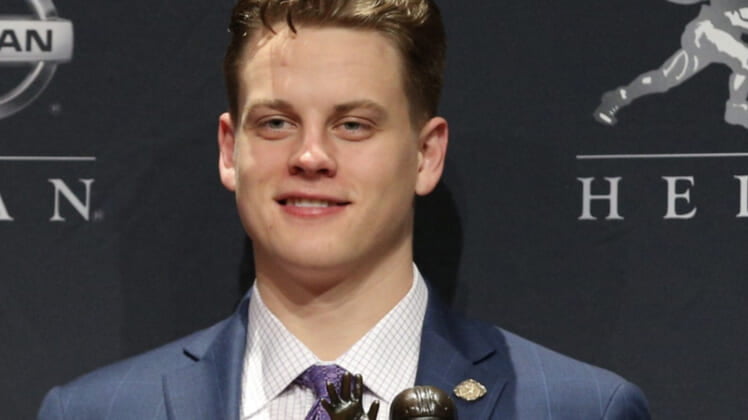 The worst-kept secret in the NFL right now is that the Cincinnati Bengals will select Joe Burrow atop the 2020 NFL Draft.

While the team has yet to confirm this, the Bengals have spoken in glowing terms about the former LSU star. Additionally, you’d be hard pressed to find a mock draft that doesn’t have Burrow going No. 1 overall to Cincinnati.

Now comes a report from Matt Miller of Bleacher Report indicating the Bengals have already decided on selecting Burrow. Miller also shared a quote from a coach indicating that it’s going to take nothing less than a Ricky Williams-type trade to get the Bengals to do anything other than select Joe Burrow.

If you remember, the Williams trade absolutely ruined the New Orleans Saints, who gave up eight draft picks to move up seven spots to No. 5 overall during the 1999 NFL Draft. The Bengals would have to take that kind of trade if any team were desperate enough to give up so much draft capital.

That’s not likely to happen. So, this news will certainly settle down a Bengals fan base that has threatened to riot in the streets if their team goes with any other player.