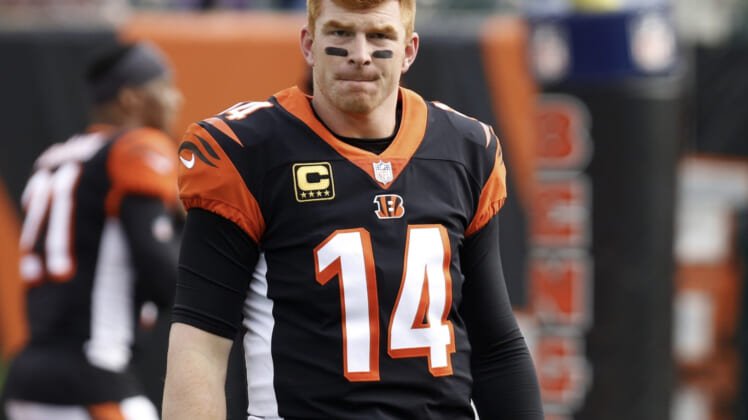 It appears that Andy Dalton’s time as the Cincinnati Bengals’ starting quarterback has come to an end.

According to multiple reports, Cincinnati has benched Dalton in favor of rookie signal caller Ryan Finley.

Boasting the worst record in the NFL at 0-8, it’s time for first-year head coach Zac Taylor and Co. to see what they have in Finley.

A fourth-round pick from North Carolina State this past April, Finley at least provides some upside for Cincinnati.

Dalton, 32, has been Cincinnati’s primary starter since all the way back in 2011. He leads the NFL in both completions (204) and attempts (338) while throwing for 2,252 yards with nine touchdowns and eight interceptions this season.