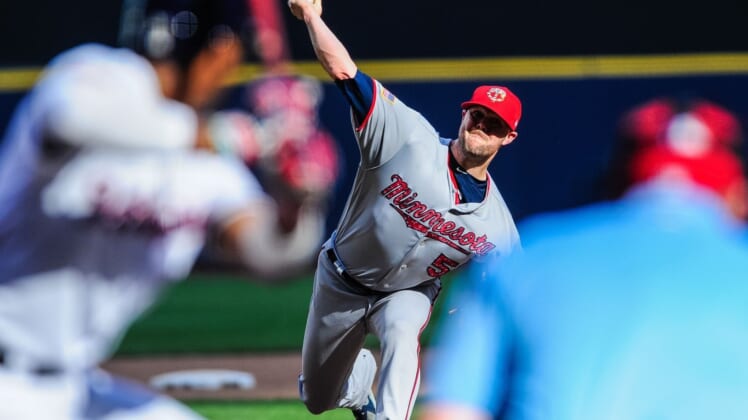 A day after the Houston Astros acquired Martin Maldonado to address their depth at catcher, they’ve now added needed relief help to their bullpen.

According to Ken Rosenthal of The Athletic, Houston has acquired right-handed reliever Ryan Pressly from the Minnesota Twins.

Source: #Astros get Pressly from #Twins.

The 29-year-old has pitched well out of Minnesota’s bullpen this season. In 47.2 innings, Pressly recorded a 3.40 ERA and struck out 69 batters. Additionally, the righty has limited opponents to a .699 OPS this season.

According to Jon Heyman of Fancred, the Twins will receive two prospects in return from Houston.

The centerpiece of the deal is right-handed pitching prospect Jorge Alcala. Rated by MLB.com as Houston’s No. 10 prospect, the 22-year-old has an excellent fastball and used it to great success this season.

Minnesota will also receive Gilberto Celestino, ranked as Houston’s No. 15 prospect. The 19-year-old briefly appeared in Double-A but has spent the majority of his season with Low-A Tri-City. In 33 games for the ValleyCats, Celestino slashed .317/.383/.476 with 14 stolen bases and four home runs.

It marks an excellent return for Minnesota as it takes advantage of the strong need for bullpen help across the league.