Report: 49ers LB Kwon Alexander has ‘good chance’ to play in Divisional Round 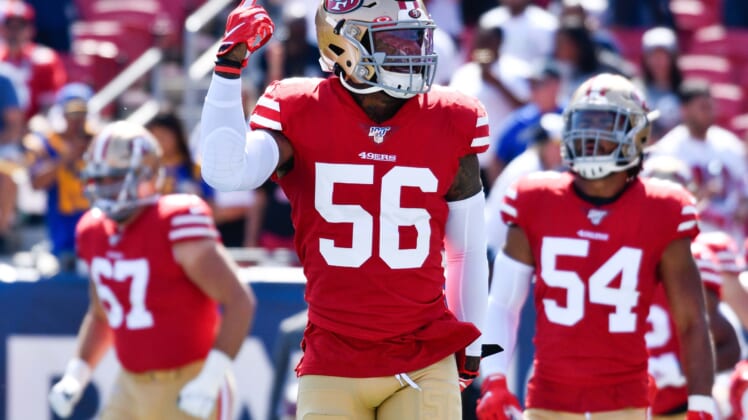 San Francisco 49ers linebacker Kwon Alexander reportedly has a chance to match J.J. Watt with an early comeback from a torn pectoral.

According to ESPN’s Adam Schefter, the 49ers now believe Alexander has a “good chance” to make his return sooner than anyone anticipated, next weekend in the Divisional Round.

“Alexander has made progress in his recovery from a pectoral tear that he suffered on Halloween to the point that the Niners now believe he has a good chance of returning for Saturday’s NFC divisional round playoff game, league sources told ESPN.”

This news comes just days after 49ers head coach Kyle Shanahan publicly said he thought Alexander might be able to return in the NFC Championship Game, should the 49ers advance next weekend.

Should Alexander be healthy enough to play well, then he’d be a welcome addition back into the starting lineup. The 49ers have gotten stellar play out of Dre Greenlaw, but Alexander was playing at an incredibly high level before suffering his regular-season-ending injury.