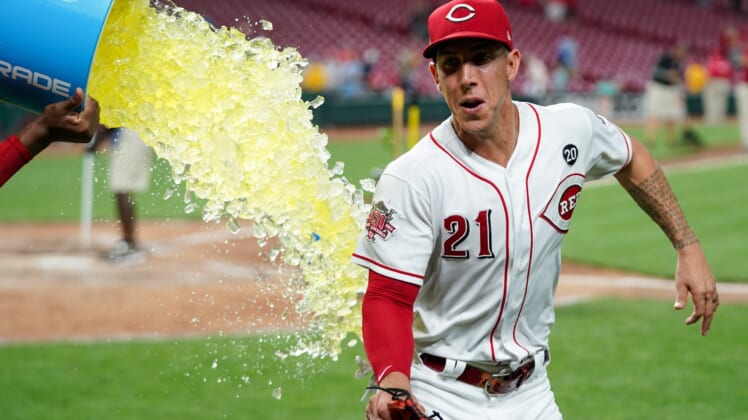 We’re not even sure where to start here. Cincinnati Reds pitcher Michael Lorenzen has made some Major League Baseball history against the Philadelphia Phillies.

The former first-round pick pitched in Wednesday’s game. That’s nothing new. It’s something he had done 65 times this season before taking to the mound in Cincinnati.

Lorenzen also played center field in the game. Okay, that’s a bit odd. Did we mention he hit a two-run homer in the eighth inning to secure the win for himself after blowing a save in the top of the seventh? We’re pretty sure we didn’t.

If that weren’t enough, Lorenzen’s homer secured his first win of the season. In doing so, he’s the first player in MLB to earn the win on the mound in a game in which he also homered and played center field since Babe Ruth in 1921.

That’s honestly one of the best stats we have come across around the baseball world in some time.

Even then, to be mentioned with the great Babe Ruth has to be an honor for Mr. Lorenzen.