Red Sox star J.D. Martinez will not opt out of his contract 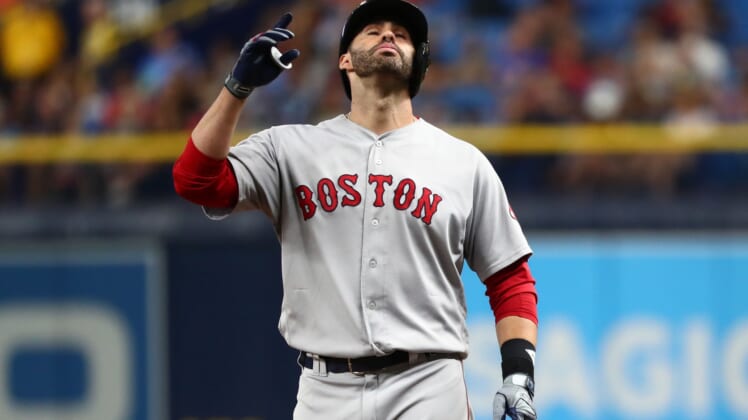 There might be another trade candidate around the Major League Baseball world this winter.

According to multiple reports, Boston Red Sox star J.D. Martinez has decided against opting out of his contract for the 2020 season.

Set to earn up to $62.5 million over the next three seasons, the 32-year-old slugger seemed to be an optimal opt-out candidate.

However, the three-time All-Star was limited to being mostly a designated hitter this past season. That could have impacted his market.

As Boston looks to cut payroll, there’s a decent chance that Martinez will be on the trade block this winter.