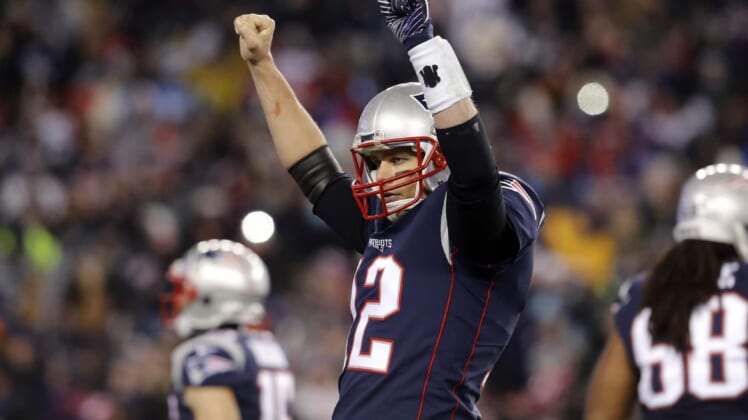 Tom Brady is hitting free agency this coming offseason, and it’s far from a guarantee he’ll be back with the New England Patriots in 2020.

After being ousted by the Tennessee Titans Saturday night, Brady shared that he’s eager to get back to training and hinted he would consider signing with another team in free agency.

So assuming Brady is serious about continuing to play football, even if the Patriots decide to move on without him, which NFL teams make sense as landing spots for the future Hall of Famer?

Here, we dive into five teams that could realistically attract Brady this coming spring in free agency.

Of all the teams that could potentially sign Brady in free agency, the Chargers appear to make the most sense. This is a team that’s considering a move away from Philip Rivers. With the sixth overall pick of the 2020 NFL Draft, the Chargers could certainly draft a quarterback. But looking at the quarterbacks who could be taken there, Justin Herbert is awfully raw, and Tua Tagovailoa may not be ready for action right away as he continues to rehab from season-ending hip surgery.

Brady could instantly upgrade this team’s offensive attack. Despite an apparent slight decline in his ability to drive the ball downfield due to an elbow injury this year, Brady is not as turnover prone as Rivers, and the Chargers have a ton more talent than the Patriots at receiver. Los Angeles would be a contender with Brady on board, which is more than enough reason for the Chargers to look at signing him this spring.

The sudden, shocking retirement of Andrew Luck threw the Colts for a loop, to be sure. Thankfully, the organization already had a solid backup plan in Brissett. Unfortunately, in his first year as a full-time starter, he struggled with injuries and ended up putting together a mediocre stat line, completing just 60.9% of his passes for 2,942 yards with 18 touchdowns and six interceptions.

Indy has a strong defense, a very good young offensive line, is committed to the run game and has talent at the skill positions. Brady could upgrade the quarterback position and make the Colts an instant contender once again.

This is a bit of a projection, because at the time of this writing the Panthers have yet to hire a head coach, and the future of Cam Newton is very much up in the air.

Still, it’s impossible not to see why Carolina wouldn’t be an intriguing option for Brady. This team has crazy talent at running back with All-Pro Christian McCaffrey. On top of that, the young group of receivers that includes D.J. Moore and Curtis Samuel is custom built to take advantage of what Brady does best, which is throw the ball accurately and on time to let his playmakers do work after the catch.

And if Newton is not part of the team’s future plans, then Carolina could look to the draft while having a viable plan for 2020 if Brady signs in free agency.

Jameis Winston is maddening, and after one season of enduring that roller-coaster ride it’s clear Bucs head coach Bruce Arians wouldn’t say no to a positive change.

Brady certainly would represent that. A player who’s never thrown more than 14 interceptions in a single season, he’s kept that total under double digits eight times since 2007.

If Brady were to sign with Tampa Bay this coming spring, he’d join one of the most potent offenses in football and would have one of the best receiving duos in the league with Mike Evans and Chris Godwin. Not to mention, the Bucs have two dynamic tight ends in Cameron Brate and O.J. Howard, and you know how much Brady loves to toss the pigskin to his tight ends.

This is a long shot, because it seems likely the Titans will work hard to re-sign Ryan Tannehill this offseason after the incredible season he put together. However, Brady would be a solid backup plan if Tannehill opts to test the market.

The Titans have a very intriguing supporting cast. They’ve invested heavily into the offensive line, have the NFL’s rushing leader in Derrick Henry, and they have some amazing young receivers who are just now starting to come into their own. Also, they’re coached by former Brady teammate Mike Vrabel, who seems to really know what he’s doing.