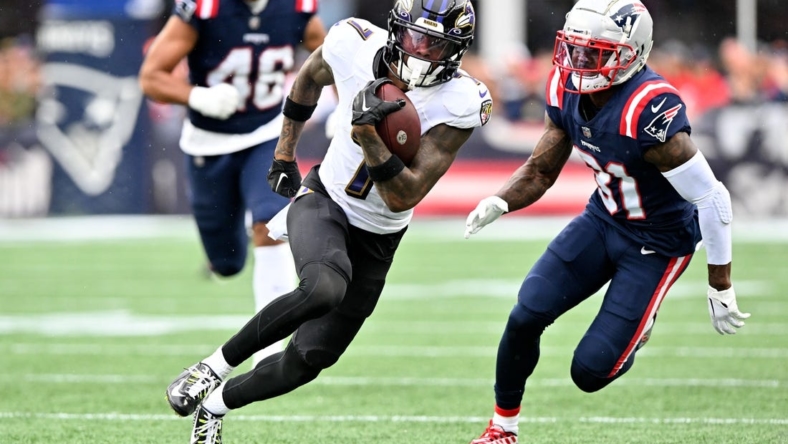 Baltimore Ravens wide receiver Rashod Bateman will be sidelined “a few weeks” with a foot injury he re-aggravated in last week’s game.

It was first thought Bateman had tweaked his foot. He missed two games earlier this season with the injury. Bateman was targeted just once in 13 snaps against the Bucs. He was ruled out after halftime.

“Bateman’s a little bit more disappointing in the sense that after the game, they thought it was kind of a tweak, but there was a little more there from a strain standpoint,” Harbaugh said Monday. “… It looks like it’s going to be a few weeks for him. We’ll have more to report on that later in the week.”

Bateman, 22, has 15 catches for 285 yards and two touchdowns in six games (five starts) this season.

All-Pro tight end Mark Andrews is dealing with shoulder and knee issues, but Harbaugh said both are minor. He, too, was ruled out of the rest of the Bucs’ game after playing just 10 snaps.

Harbaugh said running back Gus Edwards will likely be questionable with a minor hamstring injury for the Week 9 game against New Orleans. The Ravens and Saints play next Monday night.

Finally, Harbaugh said the team would designate linebackers Tyus Bowser and David Ojabo for return from injured reserve this week. Harbaugh expects Bowser to play against the Saints while Ojabo will need more time to recover from his pre-draft Achilles tear.