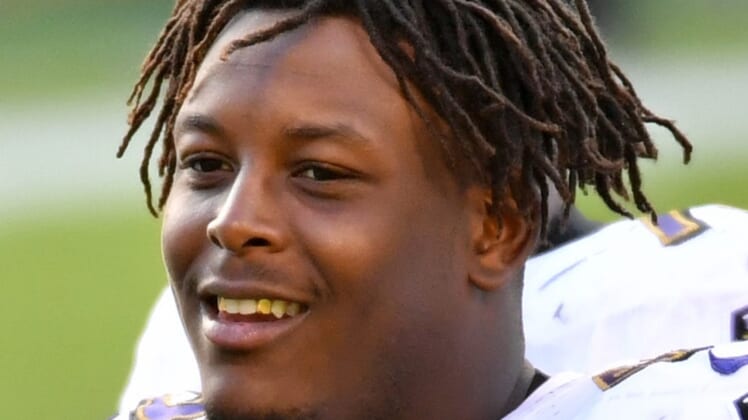 Baltimore Ravens outside linebacker Jaylon Ferguson died at the age of 26.

“We are profoundly saddened by the tragic passing of Jaylon Ferguson,” the Ravens said. “He was a kind, respectful young man with a big smile and infectious personality. We express our heartfelt condolences to Jaylon’s family and friends as we mourn a life lost much too soon.”

Safarrah Lawson, who is Ferguson’s agent, told NFL Network the family would appreciate privacy while coping with his loss.

Ferguson posted 4.5 career sacks and 67 total tackles in 38 games (10 starts) with the Ravens.