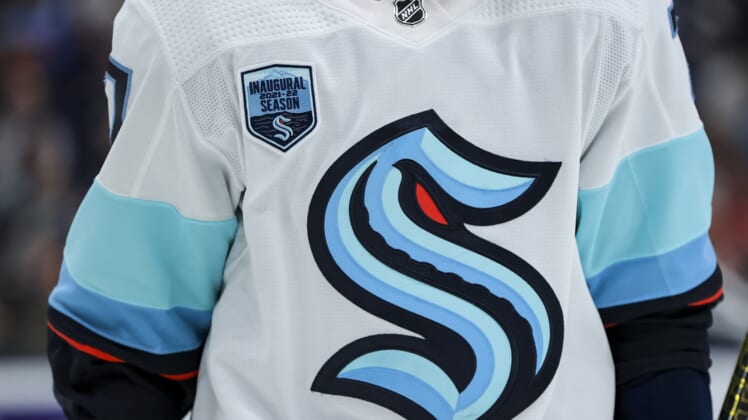 “We are fortunate to have an incredibly strong investor group which has guided the franchise over the last four years,” said Samantha Holloway, chairperson of the Kraken’s executive committee, in a news release. “We are now adding two hometown heroes who share our values and desires — to give back to this great city and continue to make hockey a sport for everyone.”

Macklemore grew up in Seattle and still lives in the city. Lynch was a fan favorite during his run with the Seahawks, in which he appeared in 83 games (2010-15, 2019).

Both are longtime supporters in the community, with Macklemore using his platforms to advocate for social and racial justice. Lynch serves underprivileged youth, including through his Fam 1st Family Foundation.

“I’ve been a part of a lot of things,” Lynch posted to Twitter, “but this is something I never would have imagined. As a young hyena I always dreamed of playing on a professional team but owning one is something special.

“As I look back on some of my accomplishments — I retired before I was 30 and now being an owner of a professional club at the age of 35 — I’m gonna continue to count my blessings. Being a part of the Seattle Kraken is something big for me.”

Macklemore and Lynch will join the Kraken in working with diverse communities in the city to make hockey accessible to more people.

“It’s all about growing the game and making it available to whoever wants to play, without the roadblock of money (for gear) and opening rinks to introduce the sport,” Macklemore said.

The team did not reveal the investment made by Macklemore and Lynch.

“Both guys love our community and bring legacies of giving back,” CEO Tod Leiweke said. “We are thrilled to add them to our investor group. They have each committed to unique programs using the team and arena as a means of making positive social change. Marshawn knows how to drive a Zamboni and Macklemore has a pretty good wrist shot.”