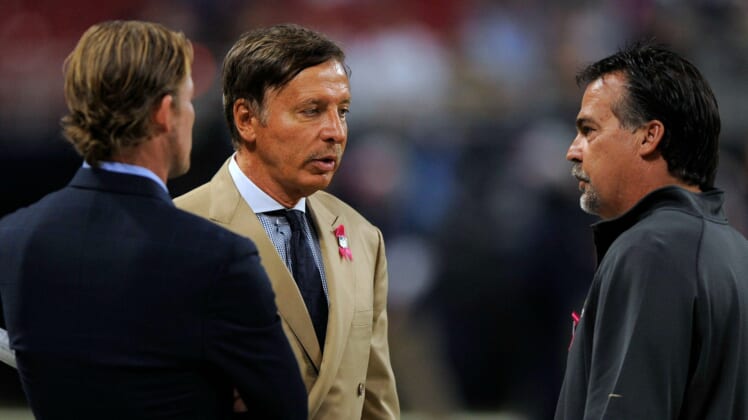 The Los Angeles Rams and the NFL have gone to great lengths in an attempt to avoid the public hearing details of a lawsuit stemming from the team’s relocation from St. Louis back in 2016.

The two sides previously appealed a Missouri Supreme Court decision that concluded settlement negotiations between the team and plaintiffs would be heard in a St. Louis courtroom rather than privately through arbitration.

Unfortunately for the league and the team, a ruling to deny a stay in the case by the United States Supreme Court on Tuesday makes it clear that the public will soon find out the details. Said ruling also likely confirms that SCOTUS will not hear the case.

It’s more than likely that said ruling was under the guise of collective bargaining. The suit alleges breach of contract and includes the league’s 31 other teams as well as the Rams.

The land’s biggest court has in the past sided with collective bargaining between unions and companies rather than hear cases of internal strife.

If that’s the case, plaintiffs have a right for the case to be heard in a court of law rather than privately in arbitration.

What does this all mean? Short of the two sides coming to terms on a financial agreement, Rams owner Stan Kroenke and NFL Commissioner Roger Goodell will likely have to take to the stand.

The league certainly doesn’t want the private dealing of said relocation made public record. This could lead to a financial windfall for the plaintiffs.