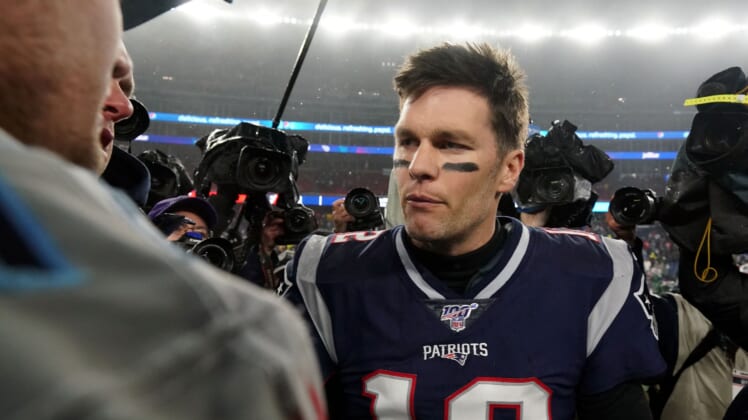 Nobody in the NFL right now knows where Tom Brady will end up in free agency, but the betting world favors the Las Vegas Raiders.

Barrett Sallee of CBS Sports shared the latest odds from SportsBetting.ag, and the Raiders are slightly favored over the Indianapolis Colts, who have a slight edge over the Los Angeles Chargers. The Tennessee Titans and Tampa Bay Buccaneers lead a packed field of dark horses that amusingly includes the likes of the Green Bay Packers and San Francisco 49ers.

The timing of these new odds is interesting, because Raiders head coach Jon Gruden just came out on the record Thursday to endorse current quarterback Derek Carr (more on that here). The Colts may be a better fit for Brady, but there is plenty of smoke that Philip Rivers is headed to Indy.

It’s going to be fascinating to see where Brady ends up signing. And in the end, nobody should be surprised if he’s right back where he’s always been.