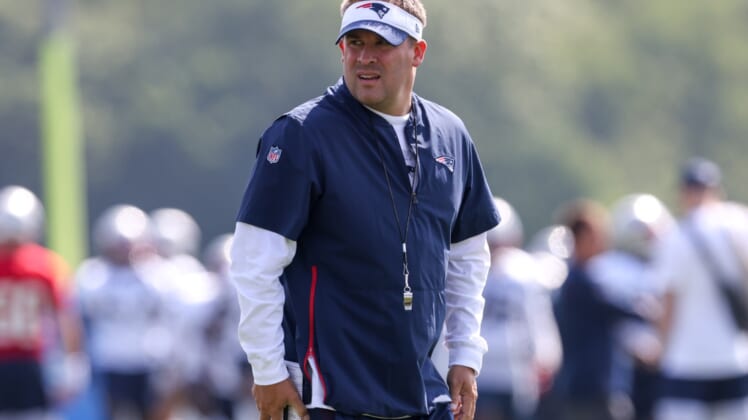 Josh McDaniels is a head coach again after the Las Vegas Raiders officially hired him Monday.

McDaniels, 45, was in charge of the Denver Broncos for parts of two seasons, compiling an 8-8 record in 2009 and getting fired after the team started 3-9 the following year.

“I’ve been patient, I’ve been selective, maybe to a fault sometimes,” McDaniels said Monday. “It was going to take a special place for me to really leave where I was, and I found that here in Las Vegas.”

He added, “The last 10 to 12 years I’ve really had an opportunity to grow as a person, as a coach, as a man and try to figure out — after my experiences in Denver and St. Louis — who I am, how I wanted to be defined in my career, what I wanted to represent and how I would lead the next time if I got another opportunity to be a head coach.

“It’s crystallized for me. I’m clear in the vision that I have for this role for this job, for this team and I’m going to be myself. I think that’s really important for me and our organization going forward.”

In 2018, he accepted — and then backed out of — the job as head coach of the Colts. Sports Illustrated later reported that it wasn’t because the Patriots put a deal in place to make him the heir apparent to Bill Belichick, as was rumored, but instead over concerns about the football operations chain of command in Indianapolis.

Ziegler, 44, also comes from the Patriots, where he served in the front office since 2013 and was the director of player personnel last year.

“Obviously, Josh and I are tied in many ways in our vision of how to build a team and our vision of what we want, in terms of the players we bring into the building is very connected,” Ziegler said. “But at the end of the day, when it’s time to make decisions of all personnel, while we’ll work together, those final decisions will be made by me.”

McDaniels added that he was looking forward to working with Raiders quarterback Derek Carr, who is entering the final year of his contract.

“There’s no question we have the capacity and capability of winning with Derek here,” McDaniels said. “We all know that.”

McDaniels takes over for interim coach Rich Bisaccia, who guided the team to a 7-5 record and a postseason berth. The previous head coach, Jon Gruden, was fired in October after he was found to have sent inflammatory emails.