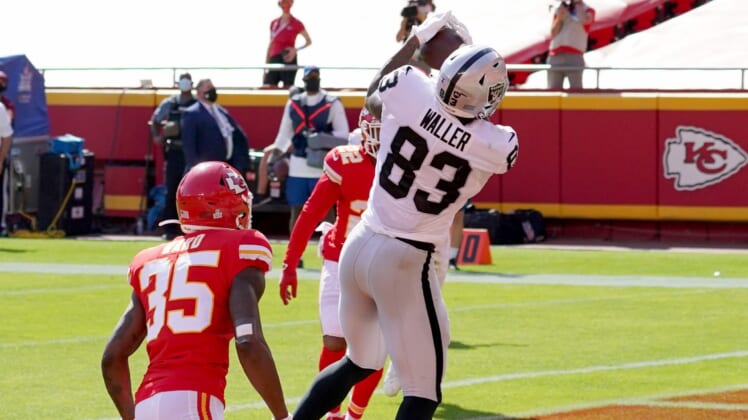 The undefeated defending Super Bowl champion Kansas City Chiefs headed into Week 5’s game against the division-rival Las Vegas Raiders as 11.5-point favorites. No one was really giving Derek Carr and Co. much of a chance against Patrick Mahomes’ squad.

For a while there, it looked like Carr was going to struggle against a team that has given him fits throughout the career. But for some reason, things started to click for Las Vegas on offense.

The game was ultimately tied at 24 in the half with Kansas City and Las Vegas having combined for 645 total yards in the first two quarters.

With Kansas City down 33-24 in the fourth quarter, Mahomes threw his first interception of the season into the hands of veteran Raiders safety Jeff Heath.

The NFL world had its reactions to the crazy events at Arrowhead Stadium on Sunday.