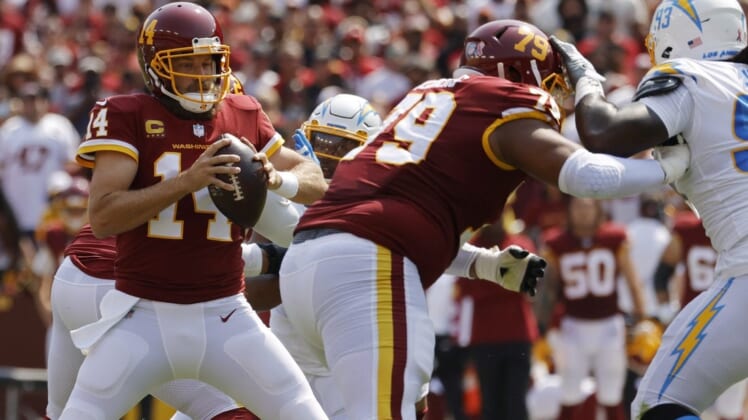 Journeyman quarterback Ryan Fitzpatrick is set to call it a career after 17 NFL seasons.

Fitzpatrick, 39, has yet to make a formal announcement, however ESPN confirmed the news after former Buffalo Bills teammate Fred Jackson shared a screenshot of a text massage from the quarterback. Fitzpatrick wrote the words “Forever grateful for the magical ride” to numerous teammates, along with a sizable list of names of players with whom he has competed in his career.

Congrats on a Helluva career, Fitzy!! Loved sharing the field with you!! The gratitude is all mine!! #BillsMafia #fitzmagic pic.twitter.com/s7n4DsiLJ7

While Fitzpatrick’s playing career apparently is coming to a close, he likely won’t be away from the game for long. Multiple media outlets reported Fitzpatrick is in talks with Amazon for the upcoming NFL season.

Fitzpatrick played only 16 snaps last season with the now-Washington Commanders, his ninth NFL team. He completed 3 of 6 passes for 13 yards before sustaining a hip subluxation in the second quarter of the 20-16 season-opening loss to the Los Angeles Chargers.

Fitzpatrick underwent arthroscopic surgery and did not play the rest of the season.