With the Los Angeles Lakers evening up this NBA opening round playoff series by winning Game 2 on the road against the Phoenix Suns, the two teams now travel to Los Angeles for Thursday’s game.

And the focus has shifted from LeBron James’ ailing right ankle to Chris Paul’s balky shoulder.

James looked like his old self, finishing with 23 points and burying clutch shots down the stretch in leading the Lakers to victory in Game 2.

However, Phoenix’s 36-year-old veteran point guard struggled through 23 mostly ineffective minutes in his team’s 109-102 loss in the desert on Tuesday. Paul finished with just six points and five assists and did not look like the consummate playmaker who helped the Suns earn the No. 2 seed in the Western Conference. 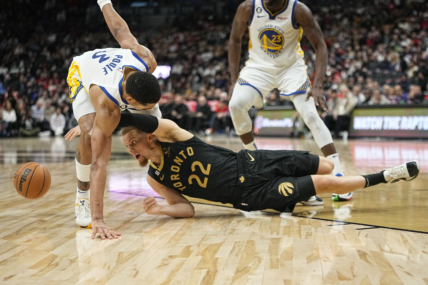 So, it will be a tall order for the Suns to earn a victory in L.A. if Paul is not at full strength.

“It’s pretty obvious he’s not able to make the passes he wants, that’s No. 1,” Phoenix head coach Monty Williams said. “He was laboring tonight (Tuesday). I don’t want to get into too many details about it before I talk to him, but he wasn’t even running or dribbling the way he ran and dribbled the ball this morning.

“We’re hopeful it will get better over the next 48 hours.”

With Paul not at full strength, the Suns will have to lean on Devin Booker, Deandre Ayton and reserve point guard Cameron Payne even more for scoring and playmaking, and defensive intensity.

Booker and Ayton have carried the scoring load offensively so far in the series, combining to average more than 50 points a contest. And with Paul laboring, Payne finished with 19 points and seven assists off the bench in Game 2.

“It’s going to be tough, but we all have to step up,” Booker said. “We don’t know how his health is right now, and how quick he’s going to recover, but everybody has to give a little bit more.”

For the Lakers, big man Anthony Davis rebounded from a disappointing, 13-point effort in Game 1 to help lead Los Angeles to a big win in Game 2, finishing with 34 points, 10 rebounds, seven assists and three blocks.

“He had great assertiveness,” Lakers head coach Frank Vogel said about Davis. “And he does it in so many ways. He didn’t settle much for the jump shot. He really ran the floor. Rolled hard. Drove hard and had the intent to attack the paint.”

Davis said he was focused on getting to the basket from the opening tip.

“I played with a lot more energy and effort tonight,” Davis said. “And I just played aggressive. I think that was the difference from Game 1.”

The Lakers also played from ahead instead of behind, grabbing a six-point advantage after the opening quarter.

Vogel said his team’s ability to start fast was important and something the Lakers need to continue to do as they look to take an edge in the series in Game 3.

“We came out with great assertiveness, attention to detail and defensive pressure,” Vogel said. “Obviously, this is a great team we are playing, even short-handed with the way CP3 (Paul) is limited, they still are getting great play from all their guys.

“This is a team with the second-best record in the NBA. So, it’s not going to be a situation where it’s easy to knock them out in any game.”