President Trump tells NFL that season should start on time 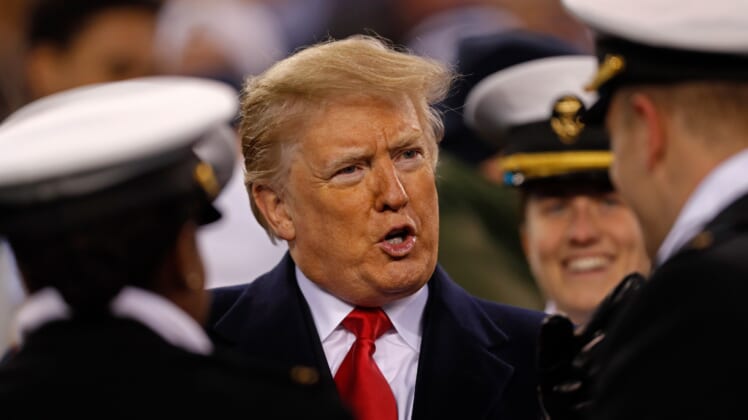 President Donald Trump had a conference call with the commissioners of all the major North American professional sports leagues to discuss the ongoing COVID-19 pandemic.

The call detailed the leagues deciding to suspend operations and other aspects of the pandemic around the United States.

While many details have not been released regarding the call, POTUS apparently told NFL Commissioner Roger Goodell that the 2020 season should start as scheduled in September.

That’s a somewhat optimistic view given the fact that the United States is now the epicenter of the COVID-19 pandemic. There’s been questions relating to the viability of the NFL season starting on time in mid-September.

As of Saturday afternoon, the United States had 300,000 cases of COVID-19. That’s by far the largest number in the world with Spain coming in second at about 125,000 cases.

In reality, the NFL season won’t start until widespread testing is available throughout the country. At the very least, that’s the opinion of the league’s head medical official.