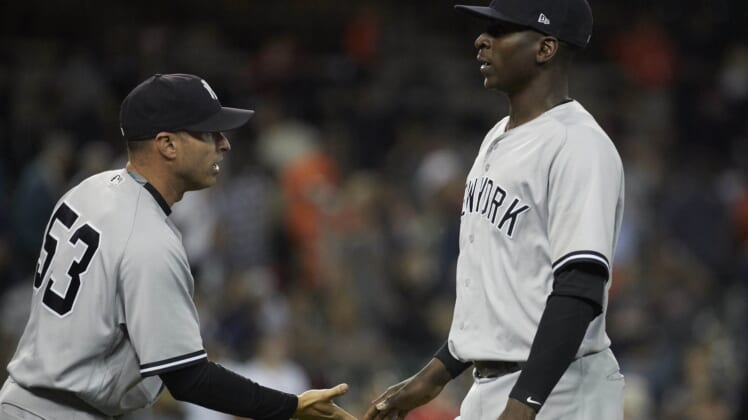 The Philadelphia Phillies are reuniting manager Joe Girardi with one of his former players, reportedly signing free-agent shortstop Didi Gregorius.

Gregorius returned in June from Tommy John surgery, beating his expected timeline with an eight-month return. However, he didn’t show the same power at the plate in 2019 with just 16 home runs and a .441 SLG.

It’s an opportunity for Gregorius to rebuild his value, with a chance to increase his power numbers in a hitter-friendly park. The move is another push by the Phillies, who signed Zack Wheeler, to become a contender in 2020.