Per report, ’15 or so’ Arkansas players, a few coaches could miss Missouri game due to mumps 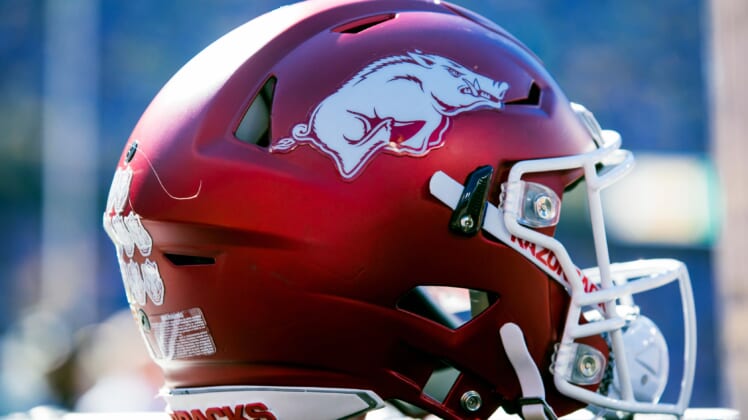 Now here’s a bit of unexpected news in this modern age: The Arkansas Razorbacks may be without “around 15 or so” players “and a few coaches” Friday against Missouri due to the mumps.

This news comes by way of Josh R Nabors of ESPN Radio.

Per CDC.gov, Mumps “is a contagious disease that is caused by a virus. It typically starts with a few days of fever, headache, muscle aches, tiredness, and loss of appetite. Then most people will have swelling of their salivary glands. This is what causes the puffy cheeks and a tender, swollen jaw.”

The Razorbacks were almost certainly not going to beat Missouri, even with a full squad. Since opening the season with a 2-1 record, they have lost eight straight games, fired their head coach and haven’t won an SEC game since the 2017 season.

Still, getting hit with the mumps ahead of the last game of the season is a pretty harsh blow from the football gods.