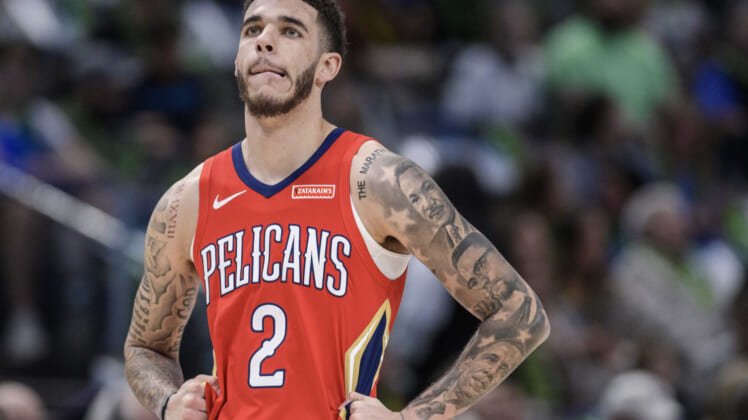 Let’s hope his father doesn’t hear about this surprising piece of information.

New Orleans Pelicans head coach Alvin Gentry announced that the team has removed Lonzo Ball from the starting lineup and will force him to come off the bench starting Monday night against the Detroit Pistons.

Acquired from the Los Angeles Lakers in the Anthony Davis blockbuster this past summer, Ball has struggled shooting thus far in his young Pelicans career.

The former No. 2 overall pick is shooting just 38% from the field this season. That includes a horrible 30% mark over the past three games.

This is unlikely to be a long-term move for Gentry and Co. It’s all about getting Ball right and carving out the right niche for the young guard moving forward.

New Orleans enters this week’s action with a 6-17 mark. Outside of Brandon Ingram’s performance, nothing has gone right for the Pels this season.