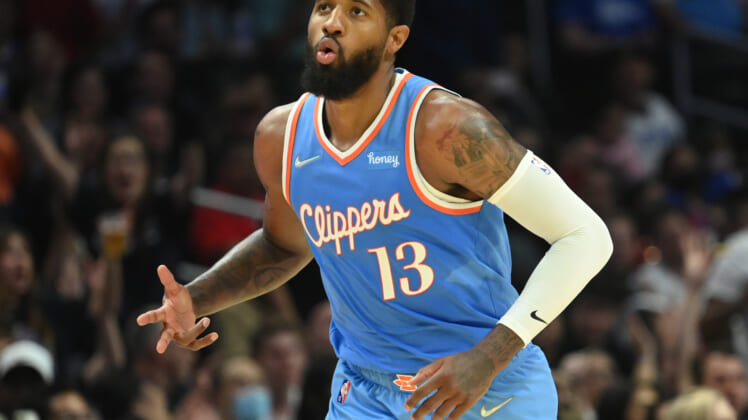 George had recently returned to the lineup after missing a significant chunk of the regular season with an elbow injury. The 31-year-old forward faced the Minnesota Timberwolves in the first play-in game, scoring 34 points.

With the Clippers’ season on the line Friday night, ESPN’s Adrian Wojnarowski reports George is unavailable as he enters the league’s health and safety protocols.

It’s a devastating blow for Los Angeles. George’s absence robs the Clippers of a high-end defender to match up against Brandon Ingram and creates a burden on the team’s secondary players to score in his absence.

Even before the injury, the Pelicans were a slight favorite (-1.5 point spread) to defeat Los Angeles. With George unavailable, New Orleans will be heavily favored to advance. If the Pelicans win, they’ll face the Phoenix Suns in the first round of the NBA playoffs.

In George’s absence, guard Reggie Jackson will likely need to step into the role of being the Clippers’ primary scorer. Norman Powell will also see an uptick in usage.