Pat Shurmur on Giants franchise-record losing streak: ‘Not something you want to be a part of’ 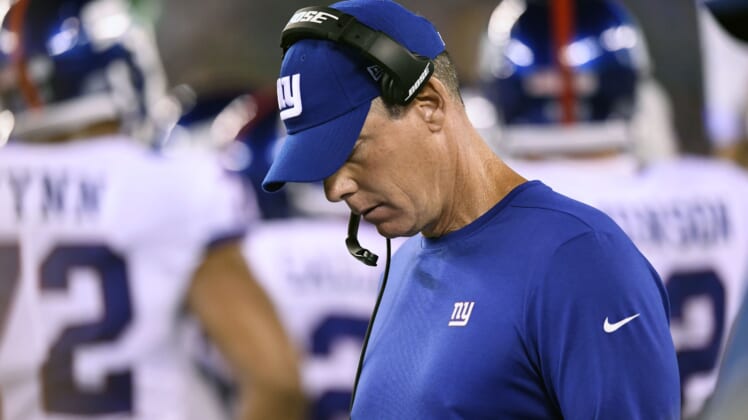 Standing at the podium after watching his team give up a 17-3 halftime lead and lose 23-17 in overtime, Shurmur said of the losing streak, “It’s not something you want to be a part of.”

A hot coach a couple years back, Shurmur was hired by the Giants to inject some life into the offense. Last year, his rookie season as the head coach of the Giants, Shurmur went 5-11, finishing 17th in the NFL in total offense. This year, the Giants are 2-11, having lost nine in a row, and featured the league’s 25th-ranked offense before Monday night’s game.

With that in mind, Shurmur may not be a part of the franchise for very much longer.