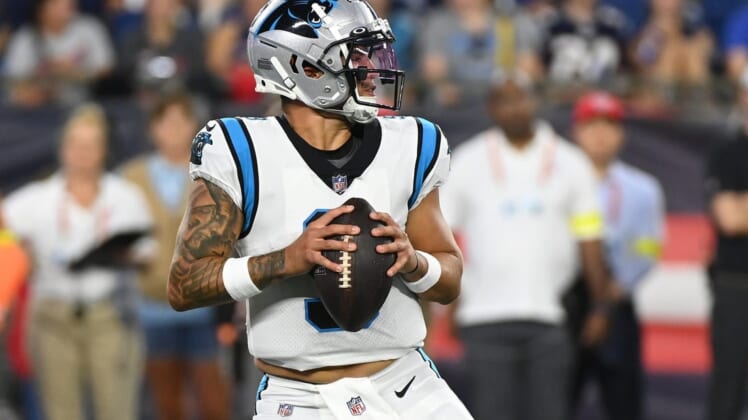 Corral alternated quarters with third-string signal-caller PJ Walker before getting his foot stepped on in the fourth quarter. He went to the locker room for X-rays but the Panthers have not revealed the results.

A third-round draft pick out of Ole Miss, Corral completed 9 of 15 passes for 58 yards with no touchdowns and no interceptions before exiting the 20-10 loss with the injury.

The Panthers sat quarterbacks Baker Mayfield and Sam Darnold against the Patriots. Head coach Matt Rhule still has not named his starter for the Sept. 11 season opener against the visiting Cleveland Browns.