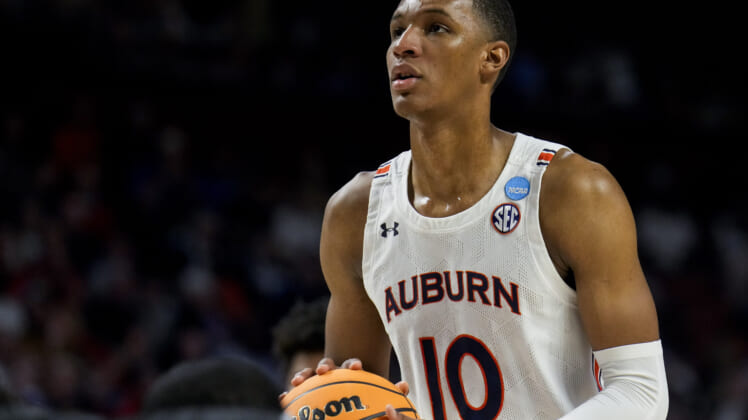 Teams around the NBA believe the Orlando Magic taking Jabari Smith with the No. 1 pick in the June could be one of the most predictable decisions at the annual event.

There are never guarantees when it comes to what decisions franchises will make each year at the NBA Draft. However, there are instances where a consensus of expert opinions can usually point observers of the sport in the right direction.

At this year’s annual event, several players seem to be getting the lion’s share of the attention when it comes to the first few selections. Those are Gonzaga center Chet Holmgren, Auburn forward Jabari Smith, Duke forward Paolo Banchero, and Purdue guard Jaden Ivey. On the Sportanut 2022 NBA mock draft, Holmgren is expected to land in Orlando when they are the first team on the clock. However, it seems that teams around the league believe the Magic will go in a different direction.

On Tuesday, ESPN NBA Draft expert Jonathan Givony claimed that the while the Orlando Magic will do their homework on all the top players in this year’s class, the word around the league is there is no doubt that the franchise will take Auburn’s Smith with their first pick in 2022.

“While Magic executives have made it clear they will conduct a thorough process — even extending beyond the widely believed top three prospects in Smith, Holmgren, and Paolo Banchero — most NBA teams firmly believe that it’s a formality and that Smith is all but assured to become the top pick,” Givony wrote. “Smith, for his part, appears thrilled with that development. So is Holmgren over his looming marriage with the Oklahoma City Thunder [the second pick], which is also the overwhelming expectation from NBA executives with whom we spoke at the draft combine.”

In his lone season playing for the 28-6, SEC-leading Tigers, Smith posted 16.9 points per game, 7.4 rebounds, 2.0 assists, and shot nearly 43% from the field. The 6-foot-10 freshman and his team were eliminated in the second round of the NCAA tournament in March.