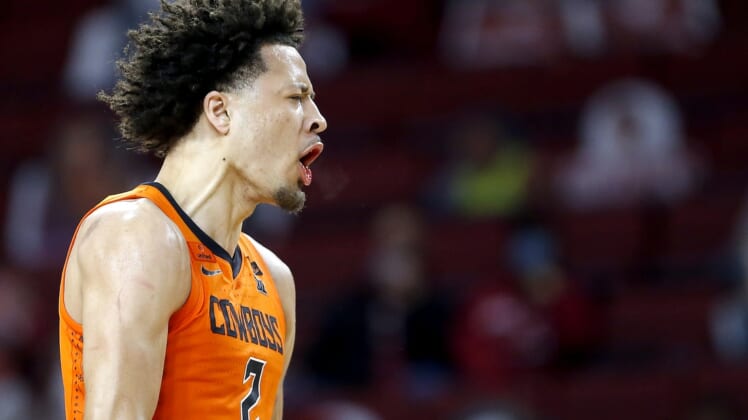 All-American Cade Cunningham announced Thursday he will enter the 2021 NBA Draft after one season at Oklahoma State.

The 6-foot-8 guard is expected to be a lottery pick but could wind up as high as the No. 1 overall selection in the July 29 draft.

Cunningham has won a myriad of postseason honors, including the Wayman Tisdale Award as the top freshman in college basketball. He was the fourth player in league history to earn both Big 12 Payer and Freshman of the Year honors in the same season.

His best outing of the season came on Feb. 27 at Oklahoma, when he scored 40 points on 12-of-21 shooting and added 11 rebounds. For the season, he shot 43.8 percent from the field and 40 percent from 3-point range.

From Arlington, Texas, Cunningham was the No. 1 player in the Class of 2020, according to the 247Sports composite rankings.

His coach, Mike Boynton, had nothing but praise for him.