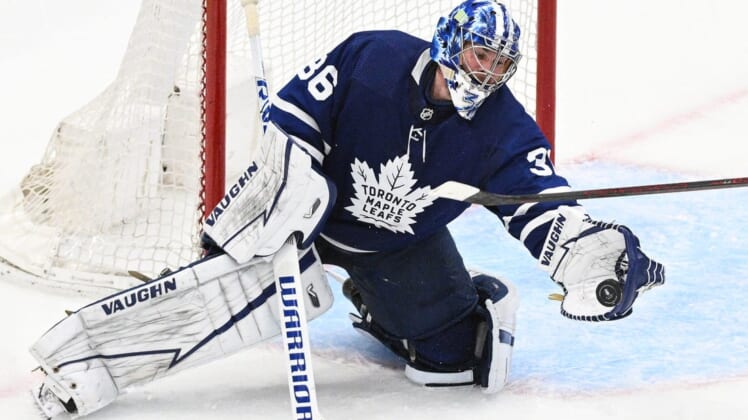 Campbell will take over as Edmonton’s No. 1 goalie after a standout season for the Toronto Maple Leafs last season. Campbell went 31-9-6 with five shutouts, a 2.64 goals-against average and .914 save percentage in 49 games (47 starts).

“(Campbell) looks to me from afar like a guy who’s getting better all the time,” Oilers general manager Ken Holland told reporters. “He’s competitive. He’s comfortable. And I think he’s 30 years of age, and from a goaltender standpoint that’s a good age. I think with Stu Skinner we’ll have a good tandem.”

Kulak had 21 points (five goals, 16 assists) in 74 games last season between the Montreal Canadiens and Oilers. The 28-year-old has 64 career points (15 goals, 49 assists) in 334 games over eight NHL seasons with the Calgary Flames, Montreal and Edmonton.