No deal: Kyle Lowry stays put with the Toronto Raptors 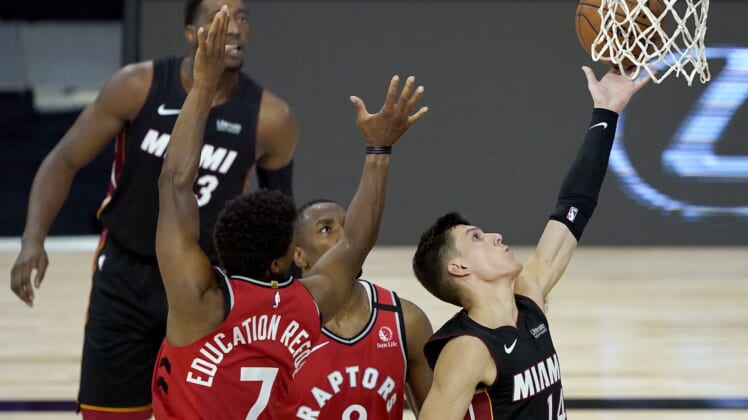 Despite constant rumors he could be on the move, the Toronto Raptors did not deal away veteran guard Kyle Lowry before the clock expired on Thursday’s NBA trade deadline.

While Toronto did trade guard Norman Powell to the Portland Trail Blazers, they did not find a suitable deal for Lowry, who has been with the team for the past nine seasons and was an All-Star in six of them. They reportedly were listening to offers, though.

After nine losses in 10 games, there was some thought that the Raptors would go into rebuilding mode.

Even after a 135-111 victory Wednesday that put an end to a nine-game skid, Lowry mused about the possible end to his Raptors career saying, “No one knows what’s going to happen. But it was definitely, for sure, different.”

According to reports, the Miami Heat, Philadelphia 76ers and Los Angeles Lakers were at the front of the line in talks to acquire Lowry. The uncertainty hung over his 35th birthday Thursday.

Talen Horton-Tucker and multiple first-round picks were thought to be the request of the Lakers.

The Athletic reported a deal with the Heat would have come down to Miami’s willingness to part with 21-year-old Tyler Herro.

Instead, Lowry will stay in Toronto on a one-year, $30.5 million contract extension he signed in October 2019. He becomes a free agent after this season.