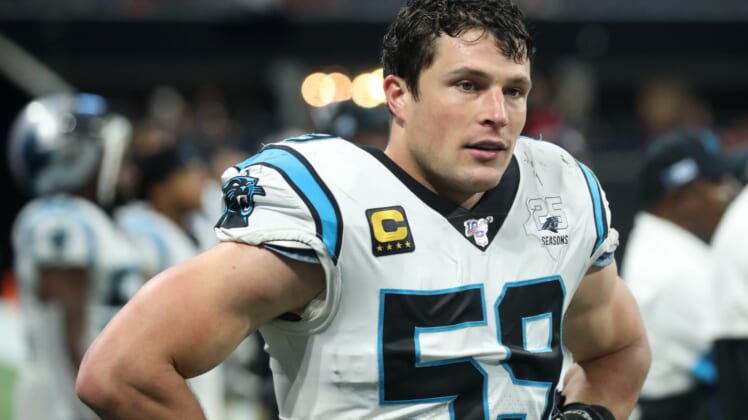 Carolina Panthers linebacker Luke Kuechly announced his retirement on Tuesday night. The news stunned the football world as Kuechly stepped away from the game after just eight seasons.

Kuechly made the announcement in a video shared by the Panthers on Twitter. In the video, the 28-year-old talked about now being the right time for him to step away from the game.

A seven-time All-Pro linebacker, Kuechly is coming off a 2019 season that saw him play in all 16 games and record 144 tackles, 12 pass deflections and two interceptions.

Kuechly steps away from the game at a time when Carolina is going a significant organizational change under new head coach Matt Rhule.

As the NFL world learned the shocking news, former teammates, fans and analysts could only react in astonishment and appreciation for Kuechly’s contributions to the game during his eight-year career.