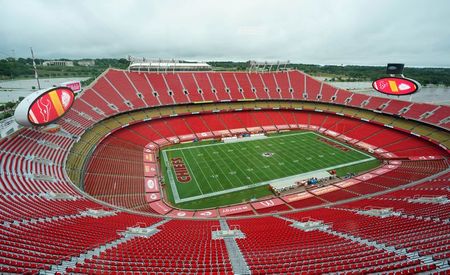 (Reuters) – The absence of spectators at all but one NFL game this weekend due to the COVID-19 outbreak could spare the league further embarrassment after Thursday’s season opener was overshadowed by fans who booed during a moment of silence for social justice.

The incident, which followed an offseason during which social justice issues rose to the forefront, occurred as the reigning Super Bowl champion Kansas City Chiefs and visiting Houston Texans locked arms prior to kickoff.

“The booing during that moment was unfortunate. I don’t fully understand that,” said Texans defensive end J.J. Watt. “There was no flag involved. There was nothing involved other than two teams coming together to show unity.”

The NFL, which this season will have the phrases “It Takes All of Us” and “End Racism” in end zones, did not immediately respond when asked by Reuters whether the Chiefs organisation could face any sanctions for the behaviour by their fans.

The Jacksonville Jaguars, who host the Indianapolis Colts on Sunday, are the only other NFL team that will have fans present during Week One but the club have not disclosed if their players will demonstrate for racial justice.

The NFL, which for years had been locked in debate with players over kneeling protests during the national anthem, changed course in June when it said the league made mistakes in not listening to its players on the issue.

Further demonstrations are a certainty when the rest of the 30 NFL clubs open their seasons on Sunday and Monday.

The Miami Dolphins have already said they will not take the field during “Lift Every Voice and Sing,” often called the Black national anthem, and the “Star-Spangled Banner.”

But unlike the one-game strike by the NBA’s Milwaukee Bucks, which led to similar moves across other sports to help draw attention to the fight against systemic racism, there are no indications NFL players will follow suit.

Dallas Cowboys owner Jerry Jones, whose team is ranked the world’s most valuable franchise by Forbes, has been outspoken about the need for players to stand during the anthem but has softened his stance given the current climate and hopes fans do not turn their backs.

“I would expect the Cowboys to show great sensitivity, and I hope fans will receive it, however each individual presents it, that it’s a genuine ask for help, because right now in our society, we’ve got some things we need to address,” Jones said this week on a Dallas radio station.