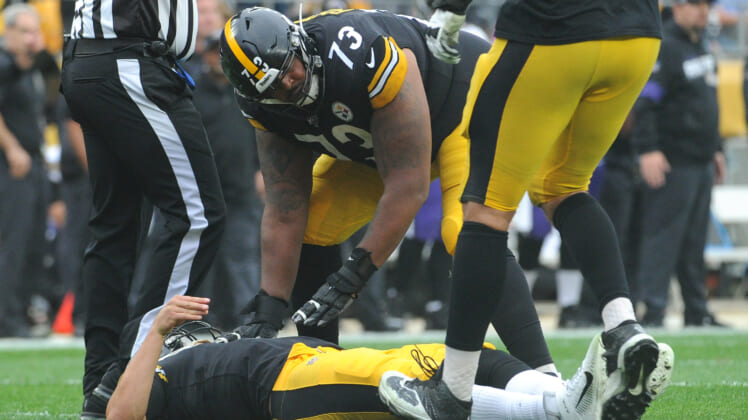 The National Football League has made efforts in recent years to reduce the number of head injuries suffered in games. It seems changes to rules and improvement in player safety are paying off with the number of NFL concussions dipping significantly.

The changes seem to be working. According to Peter King of NBC Sports, the number of NFL concussions throughout the 2021 season totaled 187. It’s a stark difference from prior seasons.

While the number of NFL concussions in 2020 (172) dipped below 200, it’s an outlier compared to previous data because the COVID-19 pandemic wiped out the preseason. However, the 2021 season is the first year when the NFL recorded fewer than 200 concussions including preseason and regular-season games.

Why is the number of NFL concussions dropping?

One of the changes made for player safety certainly deserves some credit for the reduction in NFL concussions. According to King, approximately 50% of players in 2015 wore helmets strongly recommended by the NFL and players’ association to reduce the risk of concussions. In 2021, 99% of players wore the recommended helmets.

The league also adopted stricter rules to avoid helmet-to-helmet hits and to cut down on the number of instances when a player would lead with their head.

Further steps will likely be made in the future. The NFL is partnering with the XFL and the USFL to experiment with different ideas to improve player safety. One rule that appeared during the 2020 XFL season changed kickoffs, with teams standing just five yards apart and the returner hanging back.

Not only did it reduce the number of violent collisions when players had a running start, it also increased the number of kickoff returns. While it’s not currently being considered by the NFL, there is a possibility we see it adopted within the next decade.