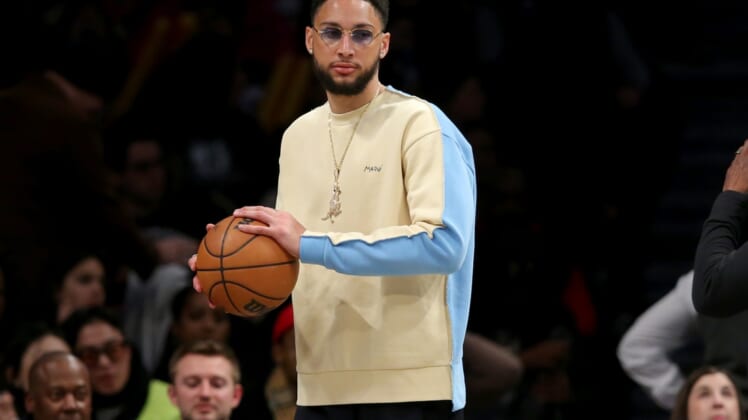 Simmons, 25, began light shooting over the weekend but has not advanced to 1-on-1 on workouts. Simmons is recovering from a herniated disc, suffered after the Nets traded for him on Feb. 10.

Nash’s announcement, via The Athletic, comes nearly three weeks after reports that the Nets were hoping Simmons would play a couple of games before the postseason started.

Simmons has yet to play this season. Before he was traded to the Nets in February, Simmons sat out the season with the Philadelphia 76ers in a dispute, then sustained the back injury. He received an epidural injection two weeks ago.

Simmons is a three-time All-Star and two-time All-Defensive Team honoree. He has career averages of 15.9 points, 8.1 rebounds and 7.7 assists in 275 games, all starts, over four seasons with the 76ers.

The Nets (40-38) are the 10th seed in the East and have clinched a play-in berth. They are tied with the Charlotte Hornets in the 9th-10th positions with four games remaining. The Hornets own the tiebreaker between the teams.

Both teams are one game behind the Atlanta Hawks, who are in eighth place.