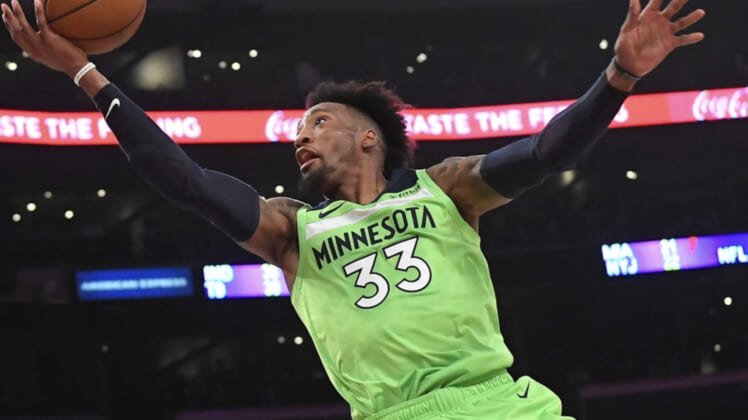 Minnesota Timberwolves wing Robert Covington could be of serious interest for contenders should the team put him on the trade block ahead of February’s deadline.

Still only 29 years old, Covington is among the top two-way wings in the game. He combines great defense with a career 36% mark from three-point range. Those two things could entice teams.

According to Kevin O’Connor of The Ringer, Minnesota might be looking to move Covington as a way to add other assets to build around Karl-Anthony Towns. He also mentions the Houston Rockets as one of the teams interested in the forward.

“The Houston Rockets have serious interest in Covington, league sources say,” the report read. “The Rockets are in the market for wings; with James Harden having another MVP-caliber season, they’re a team that should go all in no matter who the target is.”

Despite giving up a whole lot of draft pick assets in the Russell Westbrook trade, Houston still has first-round picks to offer up Minnesota in a potential deal. That includes selections in 2020 and 2022.

At 15-8 and with Harden putting up absolutely ridiculous numbers, the Rockets have to figure their time is now. Adding an elite perimeter defender would go a long way in improving a defense that ranks 23rd in scoring and 15th in rating.

Though, the Rockets would have to give up more than a single first-round pick to entice Minnesota into making a deal.

With what promises to be a watered-down trade market heading into February, Covington’s value is at an all-time high. The Wolves are going to ask for a whole heck of a lot in return.

Houston does not have the young talent to offer up in return. It would likely have to get creative in finding a third team to take on another veteran contract and flip that return and a first-round pick for Covington.