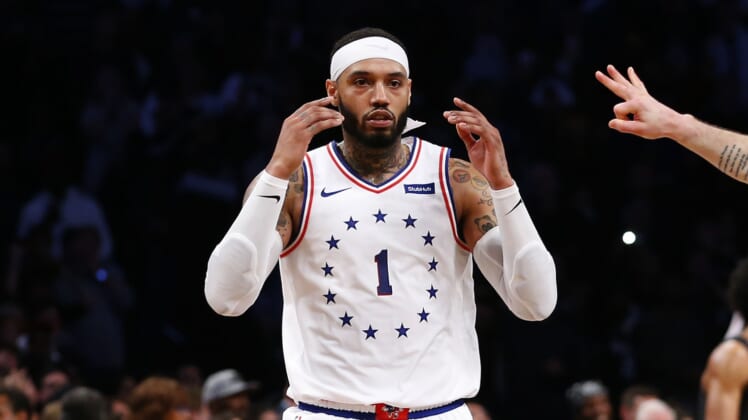 During Monday night’s game against the Atlanta Hawks, Philadelphia 76ers forward Mike Scott was ejected after committing a minor foul on Damian Jones.

Scott barely bumped Jones, who was driving to the hoop. Yet he was hit with a Flagrant 2 penalty and subsequently ejected. You can watch the whole play here.

On Tuesday, the NBA Official Twitter account shared that Scott’s Flagrant 2 had been downgraded to a Flagrant 1.

The foul didn’t even deserve a Flagrant 1, but this is as close to the NBA admitting a huge mistake as we’re going to get.