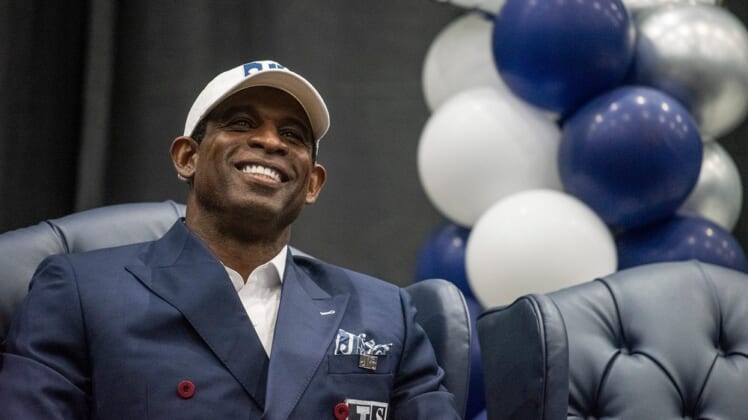 It’s a sign that Sanders is asserting himself as a legitimate force for historically black colleges and universities, as he aims to bring top-tier football to those institutions rather than leaving all the best prep players to choose exclusively from Power Five program offers.

To reiterate how big of a deal this is: national signing day is met with plenty of fanfare. The regular period doesn’t begin until February 3, 2021, with April 1 being the final day FBS recruits can sign their letters of intent. Many players sign right away in February, which provides a strong idea of where recruiting classes stack up early on.

But thanks to this early period for signing, college football programs can get a jump on their competition. In Jackson State’s case, it’s an uphill battle to land any blue-chip prospects from big-name programs like Georgia, or Alabama, Ohio State and those of that ilk. To get someone like Warren this soon in the process bodes well for the Tigers’ recruiting efforts going forward.

Warren is rated as 247Sports’ No. 1-ranked cornerback and second-rated overall player in the country coming out of junior college. With 33 offers coming in from the likes of the Bulldogs, the Crimson Tide and another SEC school in Auburn among many others, the Lackawanna College product chose to join Sanders in trying to build something special in Jackson, Mississippi.

It certainly helps that Warren plays the position at which Sanders excelled en route to a Hall of Fame career as a player. That said, Warren is the ninth player to commit to Jackson State’s 2021 recruiting class, per 247Sports. The headliner alongside Warren is Sanders’ son, Shedeur Sanders, a 4-star prospect in his own right who’s ranked as the 15th-best pro-style quarterback in the country.

Another dimension worth mentioning that will bolster the Tigers’ 2021 roster: among the five transfers who’ve declared their intentions to go to Jackson State thus far, the program will land another former 4-star prospect in Florida State’s Isaiah Bolden. Having recently converted from cornerback to receiver, it remains to be seen which role he’ll play, yet Bolden is another example of a supremely gifted player willing to venture outside the traditional powers of the collegiate gridiron and be a part of a new era.

Deion Sanders has already built an epic legacy for himself on and off the field, having had a successful media career to date. This next chapter presents an exciting, fresh football frontier that should prove to be historic, especially if Jackson State ends up paving the way for HBCUs to follow suit.

Although there’s still plenty of work to do, Warren’s commitment could well have a ripple effect that lures other big-name recruits to the Tigers. It’ll be worth monitoring how the rest of the early national signing day period plays out for Jackson State as Sanders seeks to build a consistent winner that will hopefully, someday, compete with the nation’s premier college football programs.