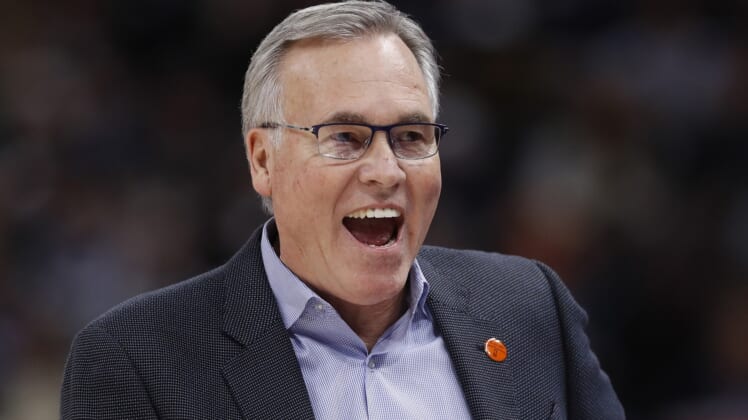 There’s no telling when the 2019-20 NBA season will resume after it was suspended due to the ongoing COVID-19 pandemic more than two months ago.

Those around the Association are hopeful that the season will return rather than being canceled. The NBA has a 2-4 week timeline as it relates to making a decision.

Should the season resume, it will likely be to start the playoffs. If so, Mike D’Antoni and his Rockets would earn a bid as the sixth seed in the Western Conference. The expectation is that D’Antoni would coach the team despite the fact that he’s 69 years old and at a higher risk of developing a serious illness due to the virus.

According to this note from ESPN’s Zach Lowe, D’Antoni’s future with the Rockets will depend heavily on whether they make a deep run in the playoffs should the season resume. If it’s canceled, he’s as good as gone.

This obviously means that D’Antoni could have coached his final game on the Rockets’ bench. It’s somewhat surprising in that he’s posted a whopping .687 winning percentage since taking over in Houston back in 2016-17. That has included one trip to the Western Conference Finals.

With that said, there’s been talk about the Rockets ending their marriage with D’Antoni over the past several months. Last season’s meltdown against the Golden State Warriors in the Western Conference Semifinals added to this in a big way.