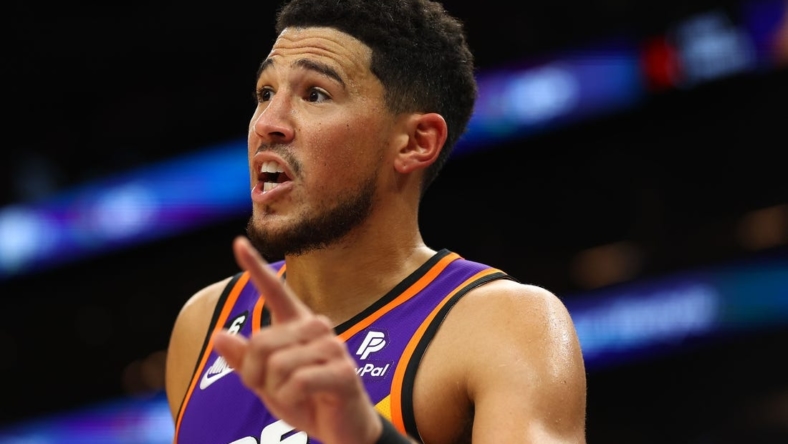 Mikal Bridges scored 27 points on 10-of-13 shooting to lead the host Phoenix Suns to a 124-111 victory over the injury-depleted New Orleans Pelicans on Friday night.

Devin Booker and Cameron Johnson added 16 points apiece and Torrey Craig had 13 on 6-of-6 shooting off the bench as the Suns won their third straight game.

Phoenix’s Deandre Ayton sprained his left ankle in the first quarter and was later ruled out. He had four points and three rebounds in seven-plus minutes.

Cameron Payne scored 12 points and fellow reserve Bismack Biyombo had 11 points and 13 rebounds for Phoenix. Chris Paul had nine assists but only just seven points on 1-of-7 shooting.

Devonte’ Graham added 11 points for New Orleans, which made 44.2 percent of its shots and hit 15 of 37 from behind the arc.

Valanciunas scored on a dunk to give New Orleans a 78-75 edge with 4:46 left in the third period before Phoenix ripped off the next 14 points. Payne finished the flurry with a 3-pointer to give the Suns an 11-point advantage with 1:49 remaining.

Phoenix took a 93-83 lead into the fourth quarter and then scored 10 of the first 14 points to increase its lead to 16 on Jock Landale’s basket with 8:25 remaining.

Johnson drained a 3-pointer to make it 110-92 with 6:04 remaining but the Pelicans later crept within 114-103 with 3:23 left. But Bridges fed Biyombo for a dunk to start a run of six straight points as the Suns put the game away.

Bridges scored 15 first-half points as Phoenix led 57-52 at the break. McCollum had 14 in the half for New Orleans.