Matt Ryan wore an Atlanta Falcons uniform for the past 14 seasons, but he won’t be donning the Red and Black for the first time ever as the 2022 NFL season approaches.

The Falcons traded the veteran quarterback to the Indianapolis Colts in March for the 82nd overall pick in the 2022 NFL Draft, a decision that received split feedback. At a minimum, Ryan provides a short-term solution for the Colts at quarterback and stands a chance of outdoing some of the flat expectations that surround him.

Looking at Ryan’s numbers on that stat sheet, they’re mostly solid and are reflective of a quarterback who is both efficient and accurate.

Ryan recorded a completion percentage of less than 60% just once in his career and his highest ever was 69.8% (2016). Ryan’s career average is a satisfactory 65.5%.

There is very much the narrative that exists that Ryan is underrated and can move out of that category with a change of scenery, something he has the chance to do in Indianapolis.

It didn’t take long for Ryan to get some preseason hype with rave reviews coming out of training camp when he first took the field. The most recent reports continue to be positive, something that indicates Ryan is well on the upswing. Ryan had one of his best camp performances just two days ago, going 7-for-11 passing with four touchdowns after getting off to an up-and-down start when a teammate stepped on his foot. There’s no concern for injury, though, and it obviously didn’t seem to affect him through the end of practice.

Long before that, it was said that Ryan was single-handedly shortening the Colts’ practices with the amount of success he was having, something that bodes positively for the team as they prepare to move into what could be an exciting 2022 season.

Ryan isn’t known tremendously for his mobility, but he’s shown he can take care of business through the air and looks to continue to do just that.

He’s also been vocal with his teammates, demanding the highest level of performance from them.

“He demands excellence, so having the presence, that energy in the building, is something that rubs off on you. It [forces] you to focus because you know every time Matt comes into the building, he is going to be laser focused.”

Ryan showed some decision-making issues at critical times during his tenure with the Falcons, something he must address moving forward if the Colts are going to make a Super Bowl rum. But a lot of his issues had to do with an offensive line that wasn’t always up to par and a supporting cast that didn’t always rise to the occasion.

Head coach Frank Reich has expressed optimism in Ryan’s ability to add consistency at quarterback, with the 2016 NFL MVP becoming the Colts’ fourth quarterback in the four years since Andrew Luck retired.

“It’s been great. It’s been seamless. He’s such a leader, such a professional, a coach on the field, all those things that you hear about guys like this. He’s the epitome.”

While Ryan has helped shorten Colts’ practices with his efficiency and the organization is excited about the stability he’ll bring, Reich specifically highlighted the veteran’s mindset and leadership as huge additions. 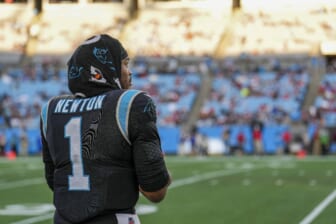 Looking at the players around him, running back Jonathan Taylor will be one of the biggest offensive forces after he led the NFL with 1,811 rushing yards. He will be at the forefront of the Colts’ ground game, and will also help Ryan by making plays out of the backfield. He totaled 40 catches last year (second-highest on the team), with 360 rushing yards and a pair of receiving touchdowns.

Ryan is set up pretty well where the offensive line is concerned also, with Pro Bowlers Ryan Kelly and Quenton Nelson in the fold, though they have had issues with injury in recent history. Both right tackle Braden Smith and right guard Danny Pinter are proven players as well, so the Colts have effective starters who can get the job done though they do lack overall offensive line depth. Things have the potential to get questionable if these starters have any issues staying healthy, but Ryan is in a good situation in this regard at least to open the schedule.

Where the wide receiver position is concerned, Ryan will have to deal with some question marks. T.Y. Hilton was a standout for Indianapolis but remains a free agent, and the Colts themselves didn’t pick up a wide receiver in free agency.

Their newest addition is rookie Alec Pierce, a second-round pick in the 2022 NFL Draft. The 22-year-old was a reliable target for new Atlanta Falcons quarterback Desmond Ridder in college while at Cincinnati, finishing last season with career-highs in receiving yards (884) and touchdowns (eight). While expectations shouldn’t be sky high for a rookie preparing to play his first NFL season, Pierce has high upside and could develop into an ideal pass-catcher for Ryan.

Outside of him, the Colts also have third-year receiver Michael Pittman Jr., who broke out in 2021 and totaled 88 receptions for 1,082 yards and six touchdowns. He’ll look to surpass the 1,000-yard mark a second time in 2022.

Parris Campbell could be an impact player as well, but injuries have prevented him from achieving his potential and are making this a prove-it year. Campbell has flashed talent and could become something, but he was limited to just 10 receptions for 162 yards and one touchdown. 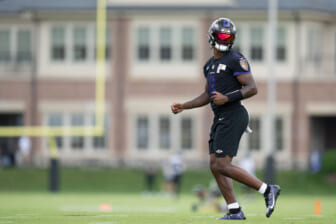 Also Read:
What the 2022 season could look like for Lamar Jackson, Baltimore Ravens

The Colts receiving corps was ranked 25th in the NFL by Pro Football Focus and clearly isn’t incredibly established, so this will be an area for the Colts to watch during 2022 and they could possibly have more work to do ahead of the 2023 season depending on how things shake out with a relatively uncertain overall group.

Ryan is under contract with the Colts through 2023 and could have the chance to play out the rest of his career with the team if all goes well over the next couple of seasons.