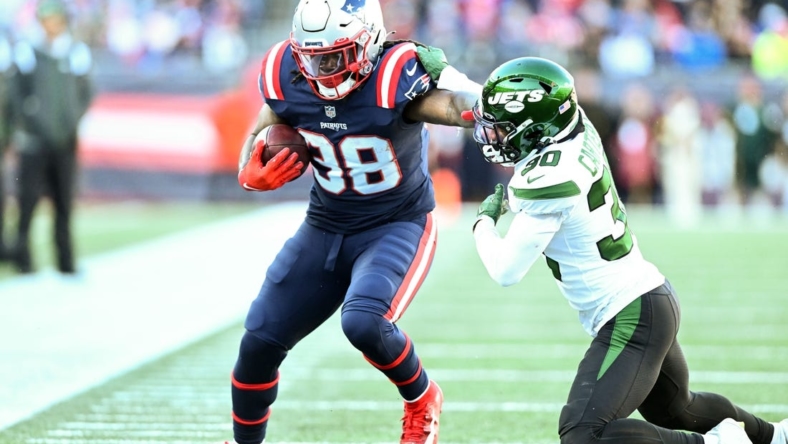 Marcus Jones returned a punt 84 yards for a touchdown with five seconds remaining as the New England Patriots picked up their 14th consecutive win over the New York Jets, escaping with a 10-3 victory on Sunday afternoon in Foxborough, Mass.

In a game that featured 17 punts, Jones provided the only touchdown to lead the Patriots (6-4) to their third straight win. New England’s defense was suffocating, holding New York (6-4) to just 2 yards of total offense in the second half and 103 for the entire game.

Patriots quarterback Mac Jones completed 23 of 27 passes for 246 yards, while Damien Harris finished with 65 yards on eight carries. Rhamondre Stevenson rushed for just 26 yards but added another 56 on six catches.

New England appeared to score the game’s first touchdown with 10:27 remaining in the fourth when Kyle Dugger sacked Wilson, Wilson fumbled and Davon Godchaux scooped up the loose ball at the Jets 10 and walked into the end zone.

However, Wilson ended up being ruled down, keeping things knotted at 3-all.

Both teams punted on their first two drives, but Nick Folk broke the scoreless tie at the beginning of the second quarter with a 24-yard field goal to punctuate a 14-play, 74-yard drive. New York quickly evened the score, though, thanks to Greg Zuerlein’s 45-yarder on the ensuing possession.

Folk had a chance to give the Patriots a lead before the break, but his kick clanked off the crossbar from 44 yards out with 2:49 left in the first half.

New England totaled seven first downs through the first 30 minutes of action, while the Jets managed just four as the teams combined for 252 total yards of offense.