Twitter reacts to Marcus Cooper’s bonehead play of the year 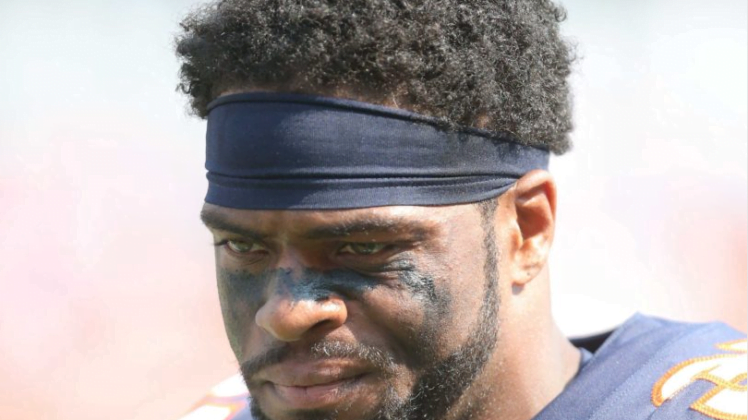 At the end of the first half of the Chicago Bears game against the Pittsburgh Steelers, Bears defensive back Marcus Cooper made one of the most bizarre plays that we’ve seen in a while.

Cooper had an easy touchdown, but he inexplicably came to a near complete stop well before the end zone. He was stripped by Vance McDonald, turning Cooper in to this generation’s Leon Lett.

Only, the madness didn’t stop there. The play was initially ruled a touchback, then was turned into an illegal bat, triggering an untimed down. Of course, Leno Charles committed a false start, prompting the Bears to kick a field goal.

Naturally, Twitter had some strong opinions for Cooper on the play.

Marcus Cooper should be cut immediately. There is zero excuse for that play & no room for that on this team. #Bears

Marcus Cooper! ??? that was something phony that would happen in madden.

Based on the #Bears offense this year, maybe Marcus Cooper was confused/scared when he saw the end zone? #WhatIsTHAT?? #CHIvsPIT

Of course, as is so often the case today, an old tweet from Cooper makes this look even worse.

A truly unforgettable play, indeed. It will be interesting to see what Cooper says about the whole ordeal when this game is over.