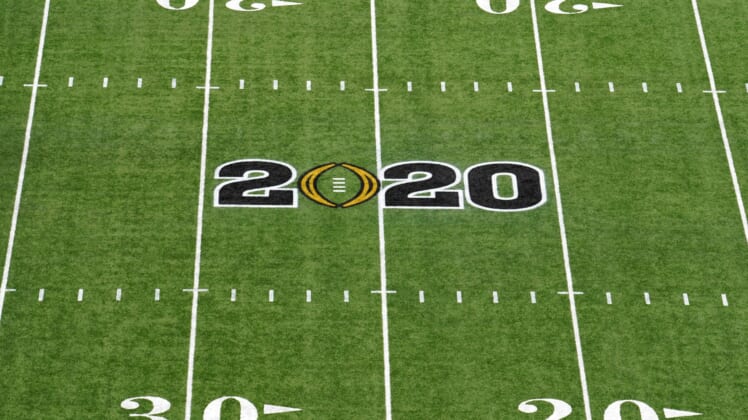 The 2020 college football is scheduled to kick off in two months, but the COVID-19 pandemic is putting that in jeopardy. Now, with spikes in coronavirus cases across the country, doubt seems to be settling for college football officials.

Will the college football season start on time?

When the NCAA lifted its moratorium on voluntary workouts, allowing student-athletes to return to campus in June, many believed it was a crucial step towards college football in the fall. Unfortunately, things have unraveled ever since and the start of the 2020 season is now in jeopardy.

Amid a record spike in new COVID-19 cases, along with deaths from the virus, across the United States, many around collegiate sports are now concerned. Their doubts about the upcoming college football season here highlighted in a recent survey of all 130 FBS athletic directors, conducted by Stadium’s Brett McMurphy.

Of the 130 ADs polled, 73% indicated they expect the 2020 college football season to be delayed. Even more alarming for Power 5 conference, only 22% of their athletic directors believe the season will start on schedule.

The level of concern across the NCAA is steadily increasing, with some even fearing the entire schedule could be wiped out. 11% of Power 5 athletic directors think there will be no college football during the 2020-’21 academic year, a 9% increase from when the poll was last conducted in April.

Recent reports that momentum is building to move the football schedule to spring 2021 were also confirmed by the survey. 31% of athletic directors believe the season will be moved to next spring, a dramatic increase from the 14% that thought it in April.

Since student-athletes returned to campus, the coronavirus has quickly spread across the population. Now, more than 100 football players and countless other student-athletes tested positive for COVID-19.

The Kansas Jayhawks (12 players), Texas Tech Red Raiders (23 players), the Texas Longhorns (13 players), Oklahoma Sooners (14 players) and Clemson Tigers (37 players) are among the schools with the most cases of the virus. While most players have recovered, the data highlights the impact the virus is already having before full practices even begin.

Following the cancelation of March Madness and spring sports, schools are now dealing with the financial consequences of the pandemic. Many are cutting teams from their athletic department, with more drastic action expected if football season is delayed or canceled.

The Ivy League became the first Division I conference to suspend its football season in the spring. Unfortunately, it may not be long until others make a similar decision.