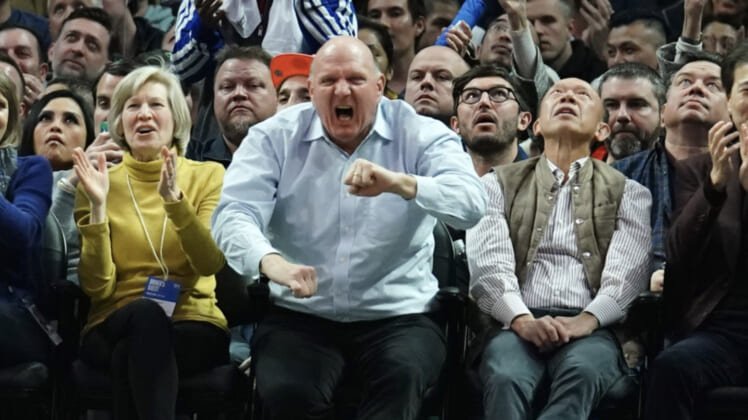 Los Angeles Clippers owner Steve Ballmer is the richest figure in the entire sports world with an estimated net worth of $72.4 billion.

He’s now putting some of that money to good use.

Everytown for Gun Safety is a movement to end gun violence in the United States. According to the website, the group has more than six million members.

The 2019-20 NBA campaign is slated to resume on July 30 at Walt Disney World in Orlando. The backdrop will be widespread protests following the murder of George Floyd back on May 25.

In reality, the Association has been more active on the political front than other professional sports leagues. That has included big-time figures calling for an end to gun violence in the United States.

Ballmer’s latest donation is yet another representation of this.

Ballmer’s wife, Connie, donated to the Hillary Clinton campaign against current President Donald Trump back in 2016.

It’s not yet known who he is supporting in 2020, but this latest donation could tell us a story.