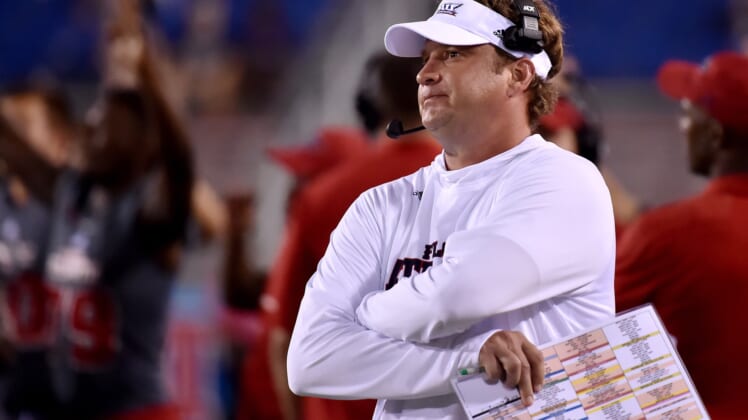 As rumors swirl surrounding Lane Kiffin potentially becoming the next head coach at Ole Miss, the team’s Twitter account made the news official in a way that captures its new head coach perfectly.

It began with the account “@OleMissFB” tweeting out a picture of white smoke coming out of a chimney, the signal that a new coach for the Rebels’ football team has been named.

The tweets only got better from there. The Rebels’ next tweet featured a speeding train GIF, indicating the Lane Kiffin train is on its way to Oxford.

Of course, no celebration would be complete without music and the Rebels tied in Baby Yoda. Even Baby Yoda is excited for the arrival of the “Lane Train” and he’s blasting music in celebration, while not letting The Mandalorian or the NCAA stop him.

Finally, the news everyone was waiting for became official. The “Lane Train” arrived and Kiffin is Ole Miss’ new head coach.

It’s time for fans in Oxford to celebrate. The fun is set to begin and if Ole Miss’ tweets are any indication, things are going to be a lot more entertaining in Kiffin’s program.