LOOK: MLB standings show just how weird the season has been 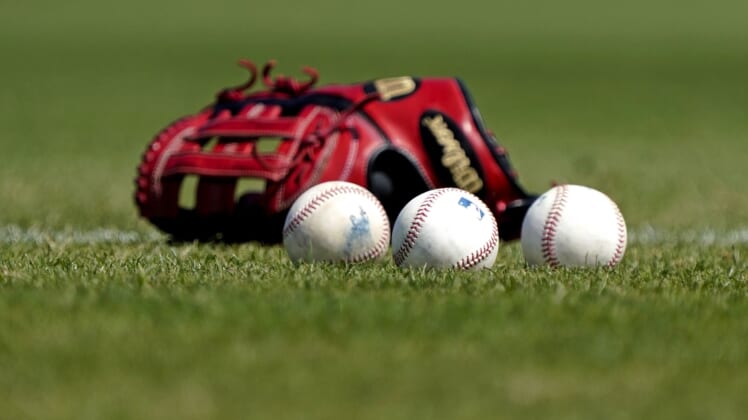 The truncated 2020 MLB season started a week ago Thursday with the Washington Nationals hosting the New York Yankees. That day started out pretty weird after NL MVP Juan Soto of the defending World Series champion Nationals tested positive for COVID-19.

It has not gotten any less strange since. Multiple teams have missed more than a week of action due to an outbreak of the COVID-19 virus. Most recently, the St. Louis Cardinals have been sidelined since all the way back on July 29.

In what can’t be too much of a surprise, standings around the Major League Baseball world reflect the oddity that is the 2020 season.

We need not look further than the National League Central.

Having played a grand total of five games, St. Louis is tied with the first-place Chicago Cubs in the loss column. Although, the team is also in four place in the division due to a worst winning percentage than the Cincinnati Reds and Milwaukee Brewers. That’s a whole heck of a lot of fun right there.

MLB Commissioner Rob Manfred has gone on record indicating that the Cardinals can still be viable this season. That’s despite the fact that they have not played in exactly two weeks. During a 60-game schedule, this is especially alarming.

Over in the National League East, the Miami Marlins are tied with the Atlanta Braves in first place. They have four fewer wins and four fewer losses than the defending division champs. This is also despite the fact that Miami boasts a winning percentage of .636 compared to .579 for the Braves.