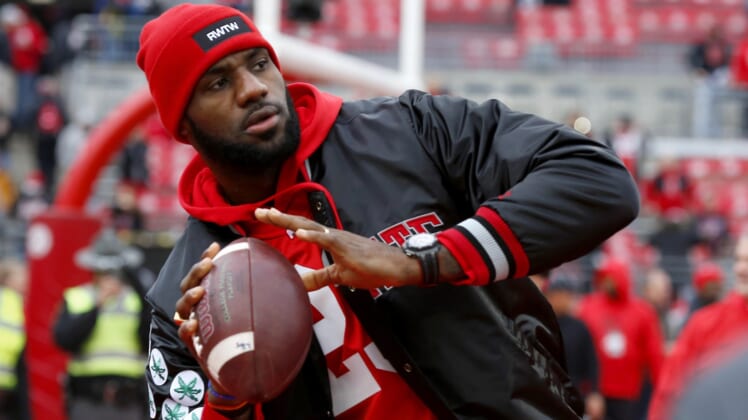 College football players participating in bowl games this year will receive plenty of cool swag. None of it comes close though to the gift every member of the Ohio State Buckeyes football team received this week from Los Angeles Lakers star LeBron James.

James, an Ohio native who remains a Buckeyes fan to this day, sent a personal letter to the team to motivate them before Saturday’s CFP Semifinal matchup against the Clemson Tigers in the Fiesta Bowl. He also included a pair of Beats by Dre for every member of the team.

James has always been especially close to Ohio State over the years and it’s great to see him give back to the young men with a gift they won’t ever forget. If the Buckeyes win on Saturday and advance to the championship, perhaps he can send them another gift.