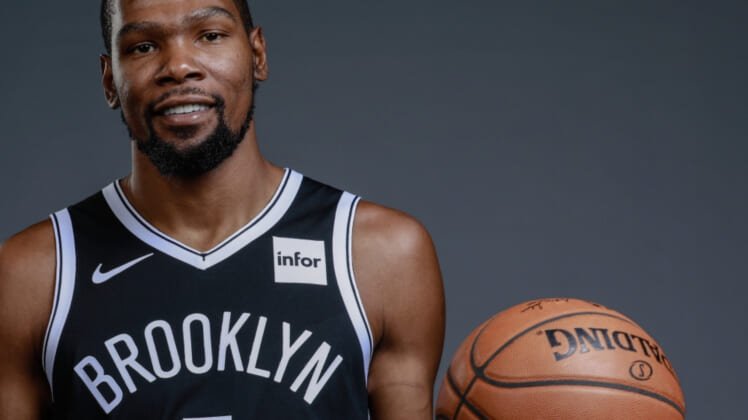 Kevin Durant has yet to play a game for the Brooklyn Nets. That’s highly unlikely to happen before next season as he recovers from a torn Achilles.

This doesn’t mean KD isn’t making noise in Broadway. The two-time NBA Finals MVP made news earlier on Tuesday when he called out the Knicks for not being as cool as they once were.

“I think a lot of fans look at the Knicks as a brand and expect these younger players in their lifetime don’t remember the Knicks being good,” Durant said Tuesday on Hot 97 in New York. “I’ve seen the Knicks in the Finals, but kids coming up after me didn’t see that. So that whole brand of the Knicks is not as cool as let’s say the Golden State Warriors, or even the Lakers or the Nets now.”

That’s fun. Call out one of the most popular franchises in your new market.

But Durant has now taken this to a whole new level. He got into a war of words with Knicks fans on Twitter Tuesday. It’s all sorts of epic.

Durant has been known to partake in the occasional jab with fans on social media. This dates back to his days with both the Oklahoma City Thunder and Golden State Warriors.

But unlike the Bay Area and OKC, New York City is a whole different monster. We’re highly intrigued to see how his personality plays out in North America’s largest media market, especially with Durant having some time on his hands between now and next season.