LOOK: Cardinals had already given up before Game 4 was over 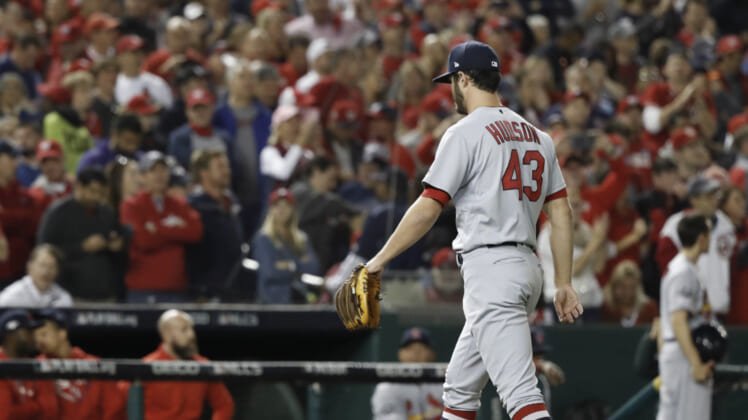 Down 3-0 in the NLCS, this pretty much ended any hopes that St. Louis would pull off a dramatic comeback.

Despite making it somewhat of a game with four combined runs in the fourth and fifth while loading the bases in the eighth, it sure looked like some within the organization were ready to give up.

Given that Game 5 was set to take place in Washington on Wednesday, that’s a pretty bad look right there. They were loading up equipment to return back to St. Louis. Ouch!

It’s hard not to be defeated when you give up seven runs to open up an elimination game. Even then, have some pride. Have some hope.