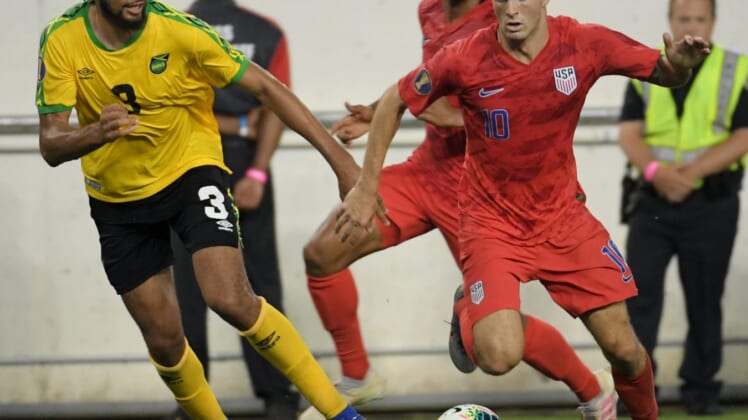 At only 21 years old, Christian Pulisic has made his claim as perhaps the greatest American men’s soccer player. A quick look through his accomplishments while playing in the Bundesliga – Germany’s top soccer league – and the English Premier League only lend credence to that statement.

With the weight of showing the world that American soccer players can be successful elsewhere on his shoulders, Pulisic has taken it in stride and continues to succeed. His style of play has put the soccer world on notice and this is just the beginning.

Pulisic is silencing the doubters

Coming from Borussia Dortmund, Pulisic had a lot of questions surrounding him as he headed to the Frank Lampard-managed Chelsea in the English Premier League. After scoring and assisting in almost every game as well as captivating fans around the world, it’s safe to say the $73 million – the most for an American – transfer fee is worth it.

Soccer: Pulisic is not the star U.S. soccer “needs” (70 seconds)

Because of his stellar season, Pulisic was nominated for the Premier League’s Young Player of the Season award. That said, he will be missing up to five weeks due to a hamstring injury he sustained during the FA Cup final between Chelsea and Arsenal. In that game, he scored Chelsea’s lone goal.

Nonetheless, the future is bright for Pulisic. His legend will only grow as he gets older and that could help propel American soccer to heights not seen. As more and more fans know his name, it’s only a matter of time before Pulisic is a household name in the United States.

In this week’s episode of the Shooting Bricks Podcast, Jarrod Castillo, Gerrel Sayles and Daniel Huynh also discuss if shooting 108 3-pointers is actually a viable basketball tactic or if it’s just insanity. The trio also debate whether or not the Los Angeles Laker’s point guard issues can be resolved by a more team-oriented approach and what head coach Frank Vogel has to change.