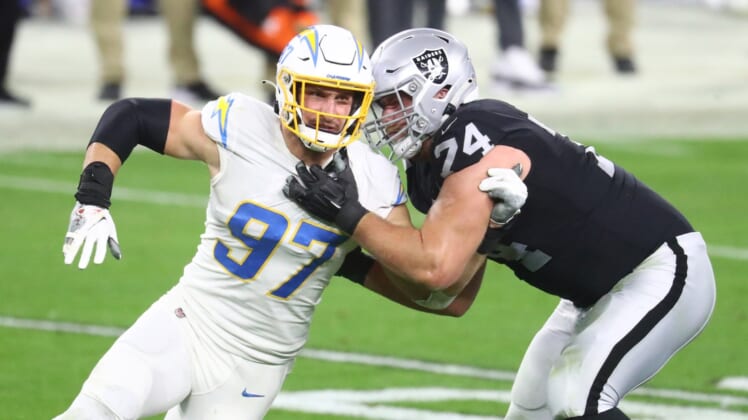 The Las Vegas Raiders agreed to a three-year extension with left tackle Kolton Miller on Tuesday.

Miller’s agency, Octagon Football, tweeted the deal is worth $68.7 million and makes the 25-year-old Miller the fifth highest-paid offensive tackle in the NFL.

Congrats @kolton_miller on your contract extension with the @Raiders, now the 5th highest paid offensive tackle in the NFL ???? #RaiderNation pic.twitter.com/sXGpLmvDfT

ESPN reported the deal is worth more than $18 million per season and includes $42.6 million guaranteed at signing. The extension runs through 2025, including a fifth-year option.